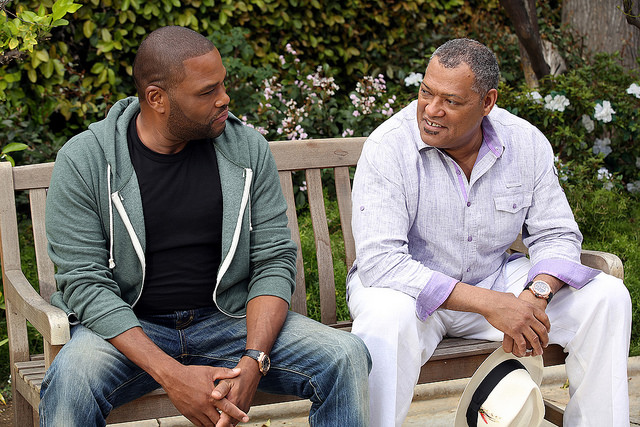 “Black-ish” was introduced as a new fall show that would promote diversity within television. True to its purpose, the show lightly touches on big diversity issues in its first season episode, while maintaining a sitcom flair.

Head of the family Andre ‘Dre” Johnson (Anthony Anderson, “Transformers”) starts off the show with his thoughts on how black people have dropped their culture and renamed it “urban.” For example, Justin Timberlake and Robin Thicke are R&B artists, and Kim Kardashian is the sign for a black butt.

“I may have to be urban at work, but I’m going to need my family to be Black, not Black-ish,” Dre said.

Throughout the episode, the Johnsons’ ninth grade son Andre struggles with trying to find himself, while his father assumes he is selling out his own race to become more like “the man.” Andre drops little surprises to his dad such as wanting to change his name from Andre to Andy, playing field hockey over basketball and preferring to have a Bar Mitzvah, which makes Dre feel as though Andre wants to assimilate a little too much into the white race.

After giving his son a hard time, Dre’s wife Rainbow (Tracee Ellis Ross, “Girlfriends”) steps in to set her husband straight. At the end of it all, Andre is just trying to find himself, and it has nothing to do with culture.

And Dre just wants to give his black family the American dream.

The lightheartedness of the show mixed with the dynamic characters and racial topics makes for an enlightening, humorous and controversial show. The season should bring more insights into black culture and assimilation as the season progresses.