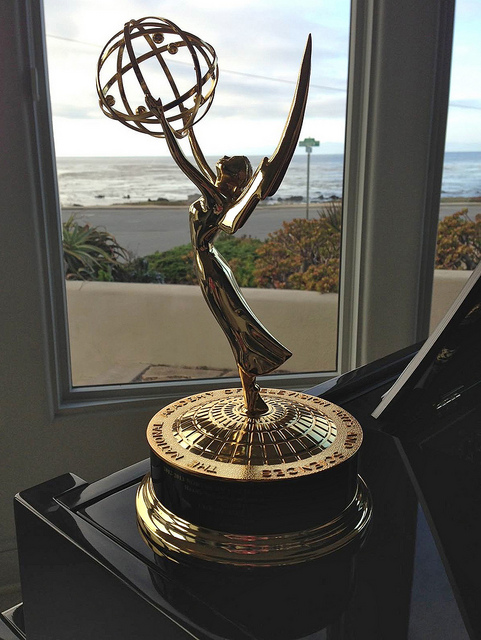 “Breaking Bad” and “Modern Family” are this TV season’s best drama and comedy, according to the Emmys. Granted, they said the same thing last year, but who’s counting? Here are our thoughts on last night’s ceremony.

Billy Crystal delivered a beautiful speech to commemorate the late Robin Williams, highlighting both his personal kindness and unique talent, and the TV clips of Williams that followed were well-chosen and touching. The “In Memoriam” segment of an awards show inherently deals with a sad subject and can be tricky, but between that and Sara Bareilles’s performance of “Smile,” this year’s was a success. – DM

Even before Bryan Cranston beat Matthew McConaughey for the Best Drama Actor award in an eleventh-hour shocker, the “Breaking Bad” star had locked down his appearance in tomorrow’s GIF recaps when he planted a long, wet one on Julia Louis-Dreyfus as she approached the stage to receive her Outstanding Comedy Actress award. Confirmed: both of these actors have been happily married for a long time. – ML

Going into the crowd can be a perilous award show move, but the celebrity Q&A with host Seth Meyers worked well. His dismissiveness in the face of fake questions about parking and a bathroom key worked both in the room and with viewers at home. Julianna Margulies’s incredulous “Why?” when asked why she couldn’t accept an Emmy if the absent Maggie Smith won was priceless. – DM

The bit with Billy Eichner and Seth Meyers polling random strangers on the streets of New York was simple but effective. Who knew animatedly asking strangers about Tatiana Maslany being snubbed who elicit amusing reactions? – DM

Comedy Central’s dynamic duo Key and Peele is expanding its brand with an animated series, a Judd Apatow movie and charming awards show appearances like this one, in which Keegan-Michael Key and Jordan Peele “struggled” to “improvise” their way through a simple introduction. – ML

Worst:
The obligatory appearance from TV Academy CEO Bruce Rosenblum is a ritual best leavened with comedy, but the cringeworthy exploitation of Sofia Vergara’s physical appearance for the sake of a simple joke about distractions was straight out of the 1950s. – ML

Watch out, John Travolta – Gwen Stefani saw your Oscar flub and raised you an Emmys flub when she pronounced the “bare” in “Colbert” as “bort.” This appearance bodes well for her upcoming employment as a person who talks frequently on NBC’s “The Voice.” – ML

The show’s production values were largely solid this year, with tight pacing and an attractive but unremarkable set, but the band’s mushy reinterpretations of the winning shows’ theme songs needed work. At least they didn’t play the “Jaws” theme, though. – ML

Jim Parsons won Outstanding Lead Actor in a Comedy Series for his work on The Big Bang Theory but not for a more dramatic performance in The Normal Heart. While someone with four Emmys already can’t really be snubbed, his performance in the HBO movie gave Parsons a chance to demonstrate his range in a dramatic role. It was the more worthy performance. – DM 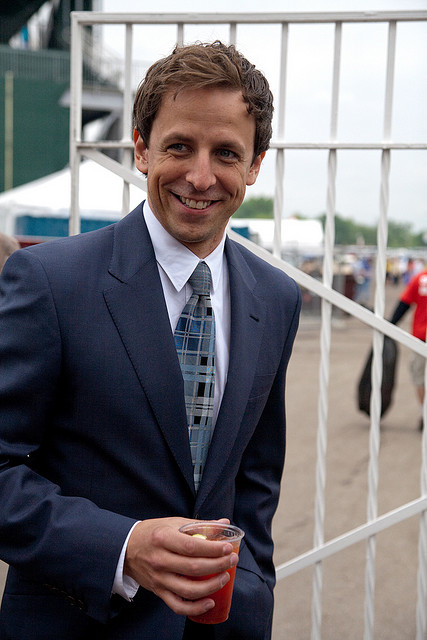 Seth Meyers, onetime “Weekend Update” anchor and “SNL” head writer, has been carving out a niche for himself as host of NBC’s “Late Night” since February. He acquitted himself well on his first Emmys gig, proving to be ideally suited to the gig’s simultaneous high expectations for quality and low expectations for quantity. His monologue was pleasant but sharp, he stayed present throughout the night and he effectively played off his friends and co-presenters.

Some of the presenters – namely, Jimmy Kimmel, Key & Peele and Cheech & Chong (sorry, Matthew McConaughey and Woody Harrelson) – gave Meyers a run for his money. But the “Late Night” host largely came out on top. – ML

Julianna Margulies, “The Good Wife.” The actress has carried one of the best shows on network TV for years now, but she stepped up her game in a fantastic fifth season. Being forced to confront Alicia’s flaws brought out her best. I enjoyed her acceptance speech dig at the cable and Netflix shows that produce far fewer episodes.

“Fargo,” Best Miniseries, the category in which it belongs. After all of its nominated actors lost to the stars of “Sherlock” and “American Horror Story: Coven,” it was refreshing to see a beautifully directed, evocatively written, tightly wound, narratively contained series take home the top prize.

Ty Burrell, “Modern Family.” He’s my favorite cast member on the Emmys’ Best Comedy five years running, but Andre Braugher earned that trophy with a fraction of the mugging and considerably more deadpan.