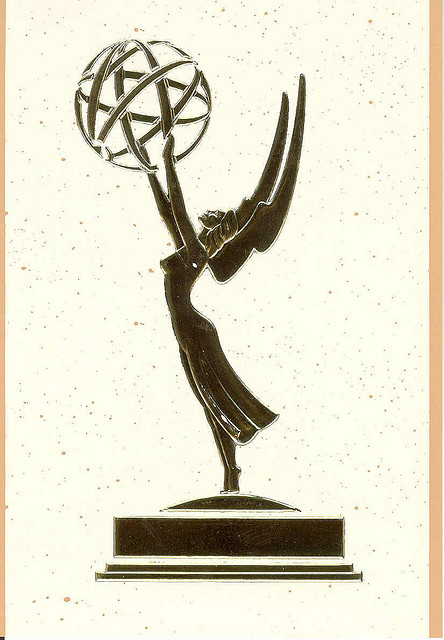 For the first time in nearly 40 years, the Emmy Awards ceremony will be held this Monday, Aug. 25. NBC moved the ceremony from the traditional Sunday slot in September to avoid pre-empting one of its lucrative football games. Here are our predictions for how the major categories will shake out. (Also, check out our thoughts on the comedy categories.)

Mark’s Thoughts
Should Win: Breaking Bad.
HBO asserted the burgeoning elasticity of the form with its buzzy anthology series, and “Mad Men” rallied with some of its best episodes ever just before the first half of its final season wrapped up. But the last episodes of “Breaking Bad” captured the zeitgeist in a way that television rarely does, and they did it the old-fashioned way: dramatic tension, fiery performances, provocative developments and an enduring sense of grandeur that places the show among the best in the medium’s history.

Will Win: “Breaking Bad”
I’m not entirely confident in this choice. HBO’s voting power is substantial, which makes True Detective a distinct possibility. The Academy might be tempted to appear hip by rewarding a non-television TV series like “House of Cards.” Or maybe the Academy will rediscover the pleasures of four-time winner “Mad Men.” But I’m sticking with the safe choice and the returning champion.

Devin’s Thoughts
Should Win: “Breaking Bad”
I can’t speak to Downton Abbey or Game of Thrones, but House of Cards was nominated at the expense of better shows, namely The Good Wife. The innovative structure and fantastic performances of True Detective made the HBO police procedural a real contender here, but the season’s conclusion disappointed. Late-period Mad Men is as good as it’s ever been, but the final eight episodes of the show represent television at its gripping best, for all the reasons Mark said and more.

Will Win: “True Detective”
The Emmys historically have had trouble saying no to movie stars and HBO. “Breaking Bad” could repeat, but I think “True Detective” breaks through here.

Lead Actress in a Drama

Mark’s Thoughts
Should Win: N/A (I haven’t seen any of these seasons, though I’ve seen previous episodes of “Downton,” “Homeland” and “House of Cards.”)

Will Win: Kerry Washington, “Scandal”
Danes won the last two years, but “Homeland“’s fortunes have dwindled. Washington’s win would reward a network drama, one of the Academy’s few legitimate opportunities to do so, and make history, as a black woman has never won this award before.

Devin’s Thoughts
Should Win: N/A (I’ve only seen the relevant seasons of “The Good Wife” and “House of Cards.”)

Will Win: Julianna Margulies, “The Good Wife”
“The Good Wife” was not nominated for Best Drama despite airing its best season and being an Emmy-friendly show in years past. I think voters try to rectify that here by honoring Margulies, who did great work portraying a character dealing with major changes in the show’s fifth season. Washington or Wright, a bright spot on the otherwise forgettable “House of Cards,” could also win.

Lead Actor in a Drama

Mark’s Thoughts
Should Win: Bryan Cranston, “Breaking Bad.”
McConaughey is extraordinary as Rust Cohle on the runaway smash HBO miniseries, and Harrelson is every bit his equal as the less flashy Marty Hart. Jon Hamm deserves an Emmy and will likely never win for his towering achievement as Don Draper. But Cranston justified his supremacy, and his prominent place in the TV pantheon, with his final eight episodes as Walter White.

Will Win: Matthew McConaughey, “True Detective”
Fresh off an Oscar win, the hottest movie star will be virtually unbeatable – unless Jeff Daniels pulls the biggest upset (in more than one sense of the term) in Emmy history.

Devin’s Thoughts
Should Win: Jon Hamm, “Mad Men”
Spacey and Daniels shouldn’t have been nominated, and while Cranston does phenomenal work portraying the downfall of Walter White, he has won this award three (!) times already. Let’s spread the wealth. The range of emotions Hamm has channeled over the years as the magnetic Don Draper should have earned him an award by now. Don’s struggles to reassert himself at the firm brought out his best, and the scenes with Elisabeth Moss in his submission episode, “The Strategy,” were impeccable. McConaughey and Harrelson are great, but they are lesser performances on a lesser show.

Will Win: Matthew McConaughey, “True Detective”
Don’t go against the McConaughnaissance on awards night. I would be shocked if anyone else wins. The only question is if he says “just keep living” again during the acceptance speech.

Supporting Actress in a Drama

Mark’s Thoughts
Should Win: Anna Gunn, “Breaking Bad.”
Rarely has grief and agony been portrayed with a more potent combination of dignity and despair.

Will Win: Anna Gunn, “Breaking Bad.”
She won last year, and she will again. Strong competition aside, her submission episode “Ozymandias” is too riveting to ignore.

Will Win: Anna Gunn, “Breaking Bad”
Smith has gotten Emmy love before, but Gunn won last year and has the support of an even stronger batch of “Breaking Bad” episodes this time around. Look for her to repeat.

Supporting Actor in a Drama

Mark’s Thoughts
Should Win: N/A (I’ve only seen Paul’s work from this season.)

Will Win: Peter Dinklage, “Game of Thrones.”
From all accounts, this previous winner had a banner season on HBO’s popular fantasy series. Charles’ unexpected departure from his series might garner some sympathy votes, but his performance may not have been noisy enough to compete with the woes of Tyrion Lannister.

Devin’s Thoughts
Should Win: N/A (I’ve seen the work of less than half of the nominees.)

Will Win: Josh Charles, “The Good Wife”
Will Gardner’s stunning death prompted a rare breakthrough cultural moment for “The Good Wife,” even becoming the subject of a New York Times op-ed. Combined with the merits of Charles’s best work of the show up reckoning with Alicia’s betrayal, I think he beats Dinklage and pulls off the upset.