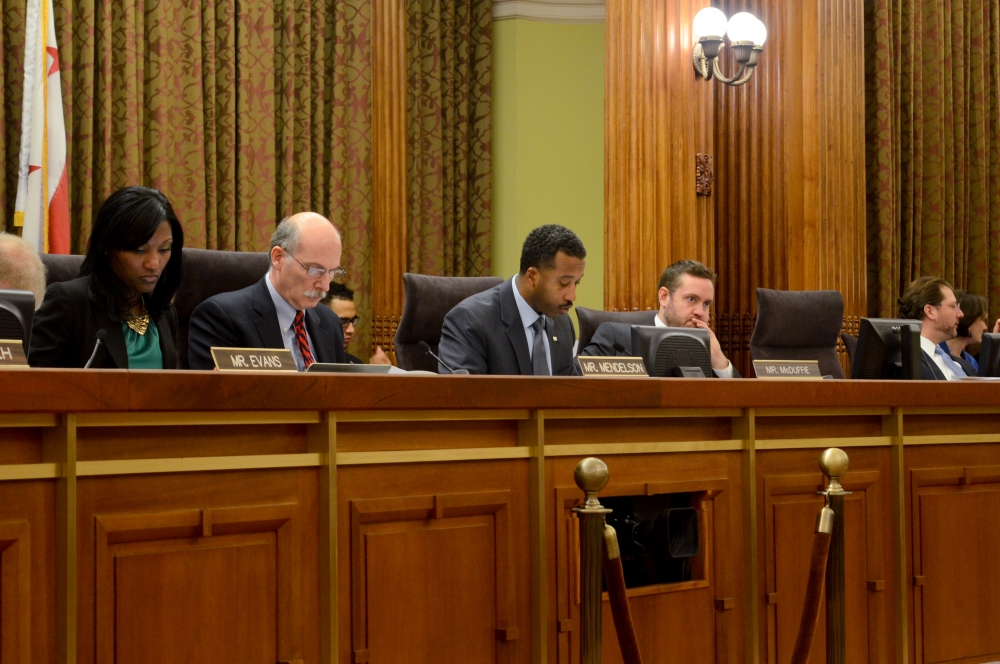 Neighborhood leaders are blasting a D.C. Council bill that would give college police departments in the District the authority to patrol outside campus bounds.

More controversially, however, a section attached at the end of the legislation allows college police departments to submit a “public safety plan” for approval. Under such a plan, which would need approval from the D.C. police chief, campus police could exercise their authority to enforce a college code of conduct in specifically defined off-campus areas.

The bill was co-introduced by seven councilmembers, including Ward 3 Councilmember Mary Cheh, giving it enough theoretical support to pass the full 13-member council if it comes before a vote. McDuffie (D-Ward 5) has said that he will hold a hearing on the bill, which is assigned to his Judiciary Committee.

“We think there’s a number of areas that are overly broad, that are ambiguous, that give us cause for concern with how those provisions are going to be applied,” Commissioner Stephen Gardner said at the ANC meeting. “Students who live off-campus are concerned that having campus police in their neighborhoods will lead to inherent conflicts between student disciplinary rules and D.C. laws”

D.C.’s liberal marijuana laws could create that kind of conflict. In the District it is legal for a person over 21 to use marijuana on private property. But possession and use of pot violates American University policy, and the bill would extend the ability of campus police to enforce University rules off-campus.

AU’s external community relations director, Andrew Huff, was present at Wednesday’s neighborhood commission meeting andsaid that the bill is far from what the University wanted.

“The legislation in its current form is not the intent [of American University],” Huff said at the meeting. “American University and the presidents of other universities have no interest in expanded police power or jurisdiction.”

If the bill became law, Gardner said he is worried about a possible increase in armed campus police.

“There’s a huge discrepancy between the required training of an MPD officer and a campus police officer," Gardner said.

Conrad DeWitte was the sole commissioner who opposed the ANC’s resolution against the bill.

“I understand where the universities are coming from in terms of trying to put together as best they can whatever tools they can to help combat noise in the neighborhood,” DeWitte said.

Other neighboring ANCs that are located near universities in the city have been concerned as well. The Foggy Bottom/West End Advisory Neighborhood Commission, which represents George Washington University, held a special meeting last Wednesday.

“This legislation is atrocious. It defies any kind of functional government,” Palisades/Spring Valley ANC Chair Thomas Smith said, adding the D.C. Council failed to consult with the ANCs before introducing the legislation.

“Just for the record, we invited Councilman McDuffie or his staff person to come to our ANC meeting last month to talk about this legislation, and we never heard back,” Smith said.

D.C. residents required to clear sidewalks of snow — but not for this storm