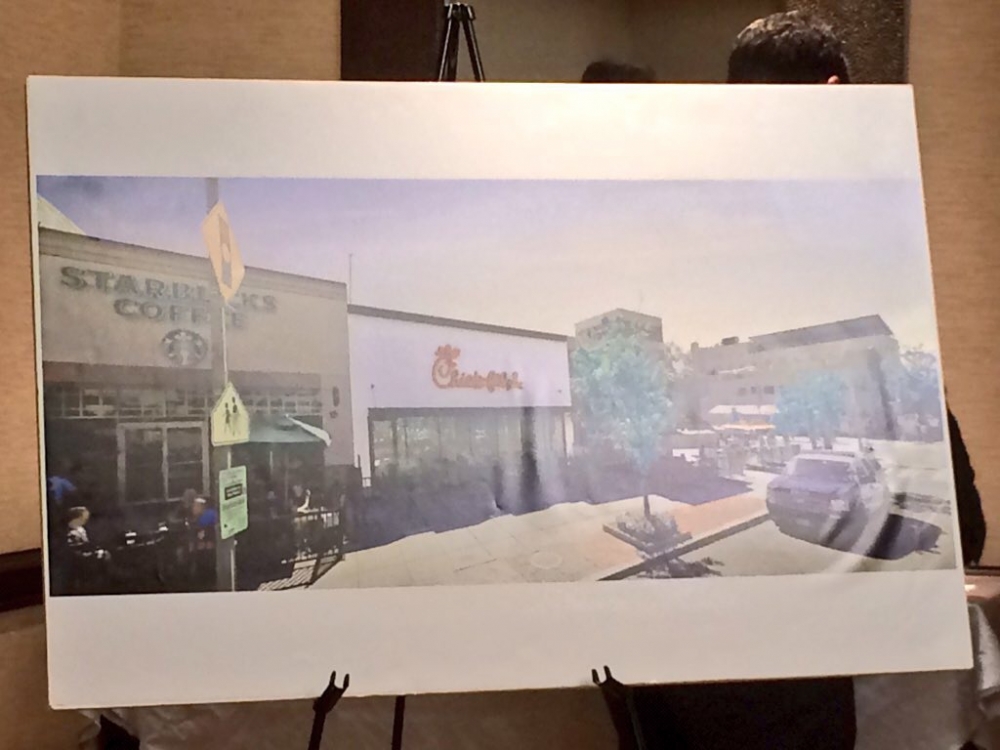 Rendering of the proposed storefront.

The application, sent to the District Department of Transportation, asks to use public sidewalk space at 4505 Wisconsin Avenue NW to create outdoor seating for 24 people, similar to the accommodation offered at neighboring Starbucks and Panera Bread. The company didn’t mention a timeline for opening.

Last month 139 neighbors signed an online petition opposing the chain from opening, arguing that it is an unhealthy option for the neighborhood and citing the company’s same-sex marriage controversy. ANC Chairman Jon Bender told District Wire in November that his commission doesn’t have the authority to stop the company from opening in the area.

Although not taking issue with the public space request, Commissioner Tom Quinn suggested the company consider installing some bike racks outside the proposed restaurant as a community benefit.