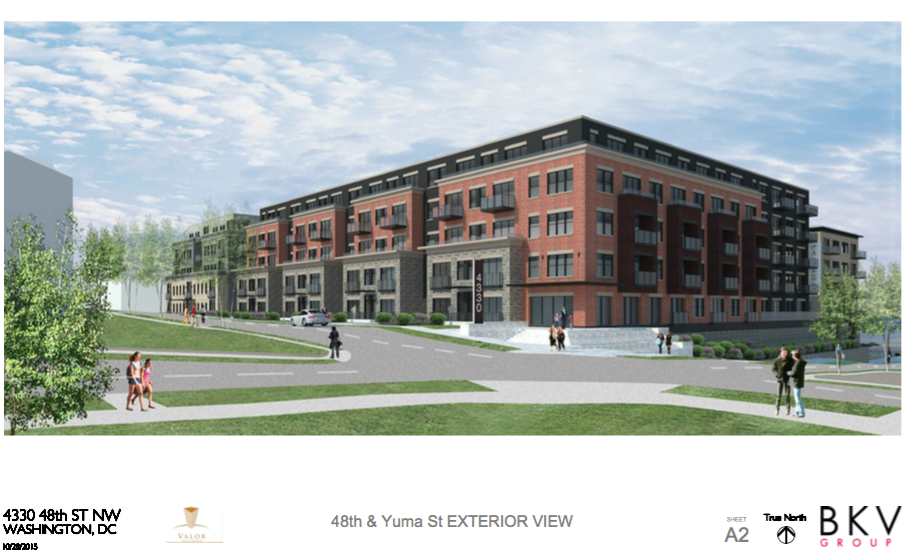 A proposed mixed-use redevelopment would bring 200 to 250 new residential units to Spring Valley, along with a grocery store and other retail to a lot behind the Washington College of Law campus building.

Valor Development is currently courting chains such as Harris Teeter to the 4330 48th St NW site, where grocer Fresh & Green’s last operated before abruptly closing in late 2013. Bringing a grocery store back to the neighborhood will likely be an easy sell, as the closest grocery store, Whole Foods in Tenleytown, is about a mile away.

However, developers will have a tougher time winning over community members who say the scale of the entire development is too much to stomach in the low-rise neighborhood.

Current designs envision two five-story buildings with penthouse units that are set back from the rest of the building and two courtyards in the middle of the complex. Ground-level townhouse-style homes would face 48th Street to help the building blend in with the neighborhood known more for single-family homes, developers said.

Will Lansing, principal at Valor Development, said the current parking lot and empty grocery store building which used to hold Fresh & Green’s is a “gray, cold, unactivated site” and that he hopes to add greenery and bring neighborhood serving retail. Ten percent of the residential units would be set aside as affordable housing, Lansing said, as required by D.C. law. Developers haven’t yet decided if units will be condominiums or apartments. 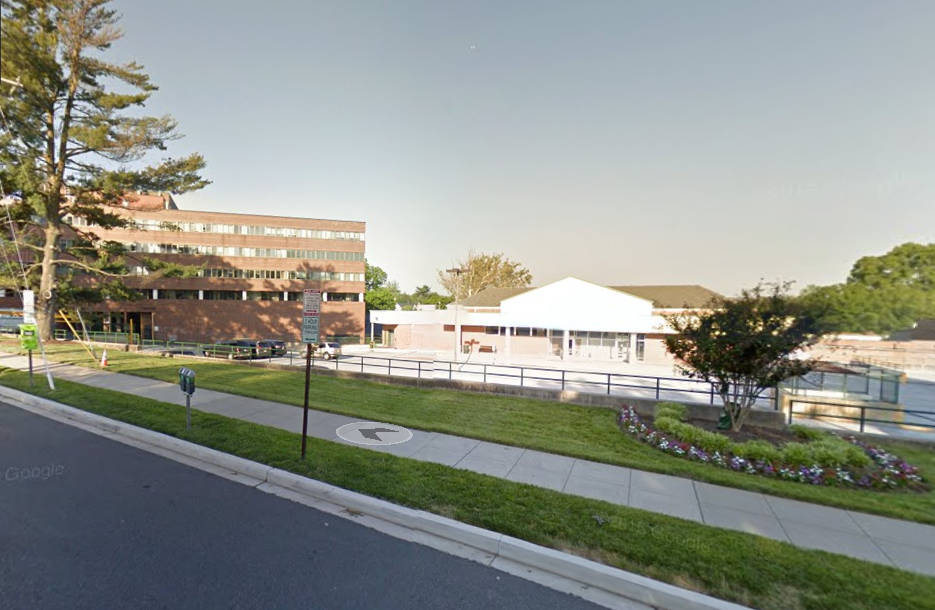 The former site of Fresh & Green's, with the Washington College of Law campus in the background (Google Maps screenshot).

The development firm thinks construction would start in three or four years and take about two years to finish. Developers will go through a planned unit development process with the city because developers are asking to build higher than the limit for projects that don’t need special city approval.

“I think the whole development should be townhouses,” one opposing resident said at a community meeting last Wednesday night. “That would be consistent with the neighborhood.”

Lansing said revenue from the residential units would help fund other aspects of the project necessary to create an attractive place for a grocery store to open up shop — such as ample underground parking for customers. Lansing said the project team has met twice with Harris Teeter representatives, and that they are in “active talks” with other chains as well, but declined to offer further details to keep discussions under wraps.

To improve accessibility, plans propose pedestrian walkways that would run under the residential units to the courtyards. The project team also wants to expand a public alley in order to allow vehicles easier access to the buildings.

Developers said a transportation management plan would be completed to address neighbors’ concerns of traffic congestion around the new market.

That might not be enough to please everyone, some of whom oppose increased density in the neighborhood.

“My fear is this is going to urbanize us,” a woman said at the Wednesday meeting. Minutes before, a man had yelled at developers, “This is creeping urbanism.”