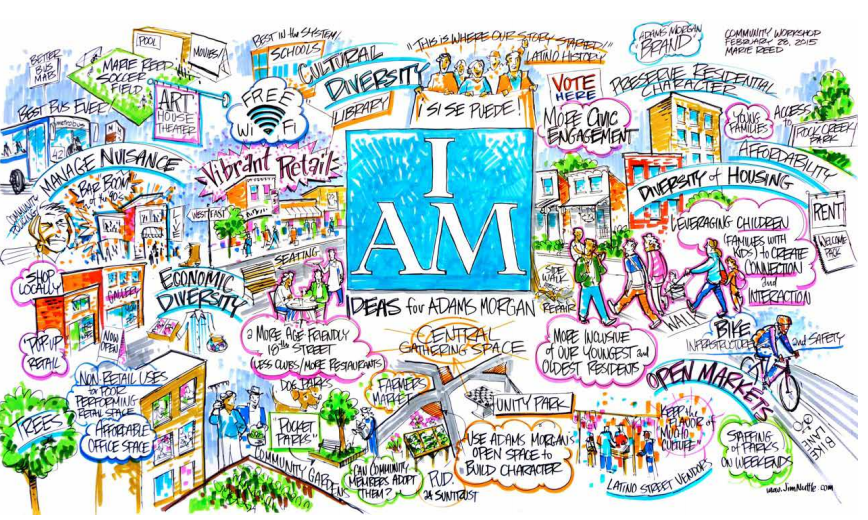 (Screenshot from the D.C. Office of Planning report.)

The future of Adams Morgan may look a little greener with new park spaces and sustainability programs and have a stronger sense of community and culture, under new recommendations from the D.C. Office of Planning.

The office released a 32-page “Adams Morgan Vision Framework” plan outlining 17 long-term goals for the neighborhood, including increasing cultural diversification, embracing the neighborhood’s history and strengthening local retail. Plans for developing new community spaces and adding sustainability programs are two of the most emphasized aspects of the proposal.

One proposal includes revamping Unity Park along Columbia Road to make it more of a destination for members of the neighborhood.

“Once a place for vibrant, episodic commerce, the park’s utility is waning and its design stagnating relative to the liveliness of the corridor,” the plan says. In the future, the park could include more trees, seating and shaded spaces, and may even serve as a space for farmer’s markets, artistic events and concerts. 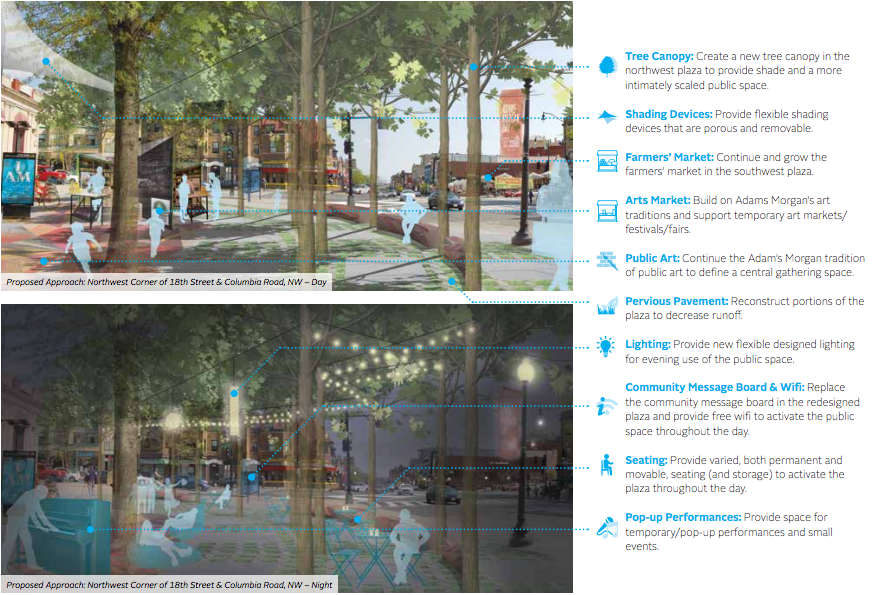 The plan also proposes adding a new park to the neighborhood at the corner of 18th Street and Columbia Road. The area currently has about 5,000 square feet of unused concrete space, according to the plan, that could be transformed into a more usable community green space.

Goals regarding a long-term sustainability plan for the neighborhood include creating a “sustainability task force,” implementing a new composting program and reaching a target of 25 percent of high-performing, solar paneled rooftops.

The plan praises the neighborhood’s current walkability, multiculturalism and emphasis on locality, but also seeks to enhance each of these facets to promote Adams Morgan’s artistic and cultural history.

“The vision framework tells a narrative of the neighborhood by unpacking its important cultural and historical aspects and building on them to ensure Adams Morgan retains relevancy and competitiveness in the context of a growing city,” the plan says. 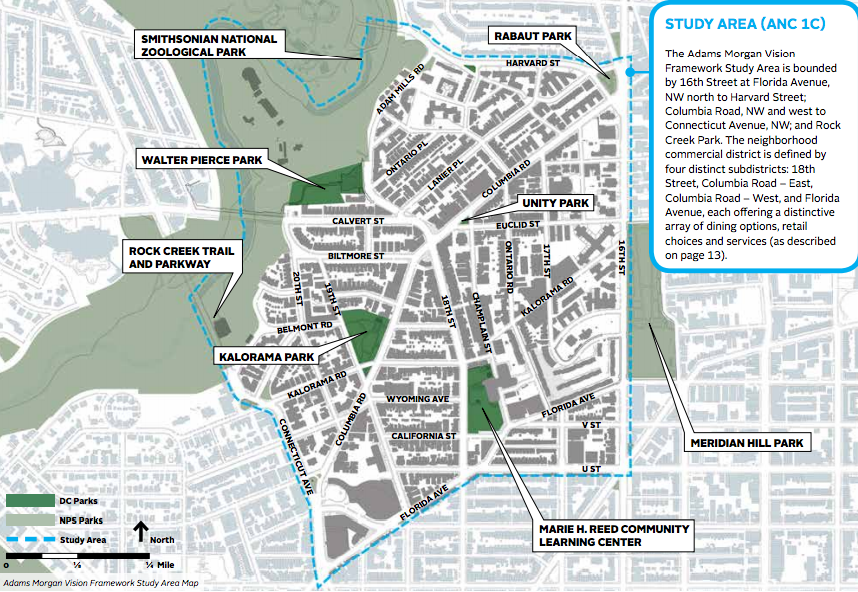 The study area (screenshot from the report).