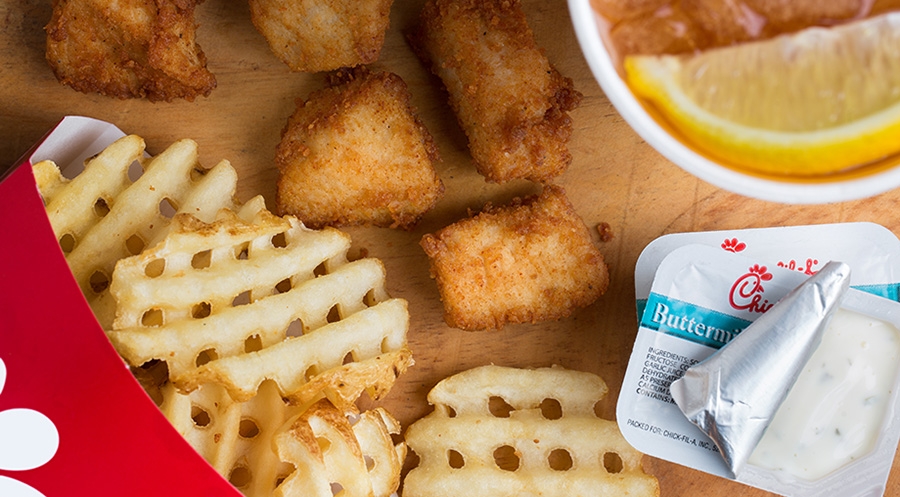 The Chick-fil-A craze is sweeping D.C., and the next stop is Tenleytown.

The chain will open its first non-college-campus shop in Columbia Heights on Wednesday, and Forest Hills Connection reported Monday the company plans to demolish the Burger King in Van Ness to build a second location. Tenleytown may be getting in on the action soon.

The restaurant chain filed a public space application with the city that shows designs to open at the former Payless store at 4505 Wisconsin Avenue NW, between Starbucks and Panera Bread. The proposal envisions an outdoor patio with seating for 24. 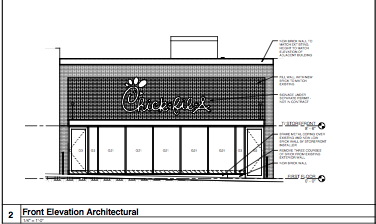 The proposed storefront of the Tenleytown location, from the company's public space application to the city (screenshot from application).

Chick-fil-A spokesperson Brenda Morrow wrote in an email: “We very much look forward to serving the communities of Tenleytown,” but added, “it is too premature to confirm any additional locations at this point,” beyond the one opening in Columbia Heights.

Above view by Cuneyt Dil

Washington Business Journal reported last week that the chain is looking at opening three to five more District locations in addition to the Columbia Heights one at 3100 14th St. NW. The Van Ness location may feature patio seating as well, Forest Hills Connection reported, and the company could begin construction next summer and finish within three months.

A new location for the fried chicken chain in Tenleytown would be the latest in a string of fast-food and fast-casual chains to open in the neighborhood. Local chain Burger Tap & Shake opened at 4445 Wisconsin Ave NW in July. In September, District Wire reported that the local Mexican restaurant District Taco will open a branch in Tenleytown at 4600 Wisconsin Ave NW.