In D.C. and cities across America, a shift in demographic landscape 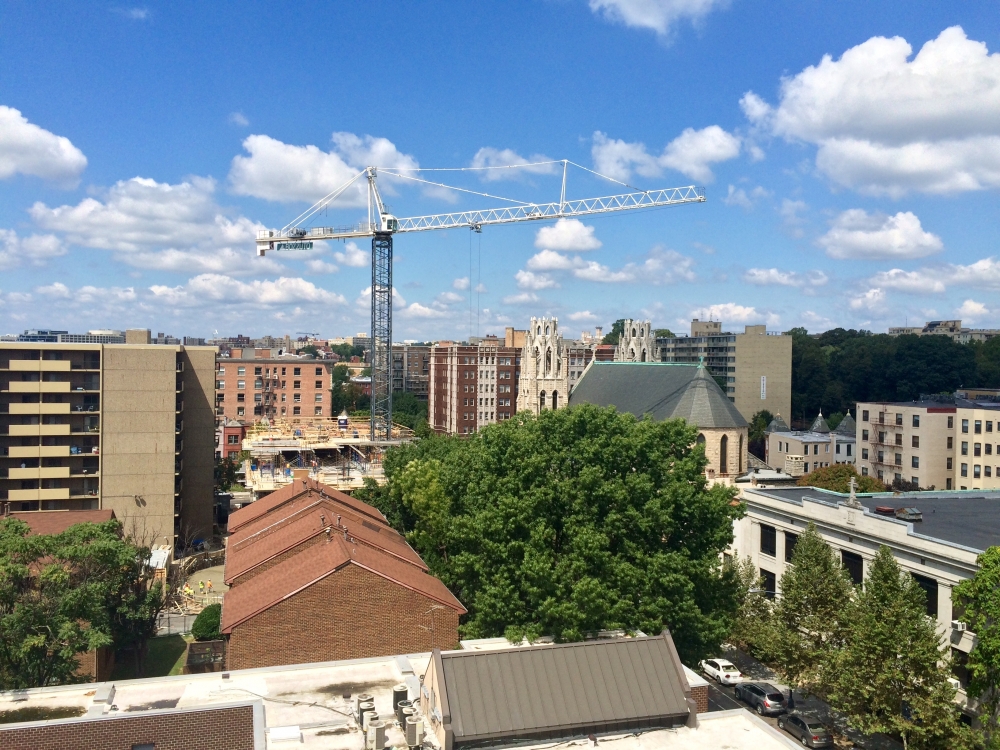 Cranes dot the skyline atop the Reeves Center Building in the U Street neighborhood of Northwest. The area has seen an influx of white residents in the recent decade, along with increased development (Cuneyt Dil/The Eagle).

The District, like several major cities in the U.S., is in the midst of a transition in its racial makeup as more white people are looking for homes in inner-city neighborhoods.

That shift across U.S. cities was at the center of Columbia University professor Lance Freeman’s talk at AU Oct. 6. Freeman, who works for Columbia’s Urban Planning Program, has conducted several interviews and studies — including looking at research from the 1980’s and 90’s. As part of his work, he also looked at dissimilarity indexes, which measure how segregated white residents are from black residents in a given neighborhood.

Freeman said that the trend of white people moving into predominantly black neighborhoods is more apparent in the inner-city neighborhoods of D.C., and in places like Manhattan, Philadelphia and Chicago.

“In D.C. there is a large black middle-class population and sizeable black enclaves. But the whites aren’t necessarily moving into those neighborhoods, they tend to be focusing more close to the central city, less in the outer parts of Washington D.C.,” Freeman said at the talk held by the Metropolitan Policy Center in the School of Public Affairs.

According to Freeman, these neighborhoods now appeal to white people because of several variables, including not being married, increased racial tolerance, lower crime rates, and having children later in life, meaning less need for cars when living in dense urban areas or the need for potentially better suburban schools.

Freeman also said that there were potential benefits to this trend, called “neighborhood effects,” such as more resources going to schools or better police services.

However, through interviews with longtime residents of neighborhoods going through this demographic transition, Freeman found that there was ambivalence as many fear the possibility of being displaced because they may not be able to afford to live in the area anymore.

“And there was also a lot of cynicism about why the neighborhood all of a sudden was improving. They definitely look at it as though, ‘Well the neighborhood is getting better because whites are moving in,’” Freeman said.

Freeman also argued that there are ways to lessen the impact of this trend, such as promoting affordable homeownership, housing subsidy programs, tax increment financing and housing vouchers.

“There are a number of reasons why this is important just in terms of social justice or equity,” Freeman said. “We want things to be fair for everyone to have a desirable or decent neighborhood.”