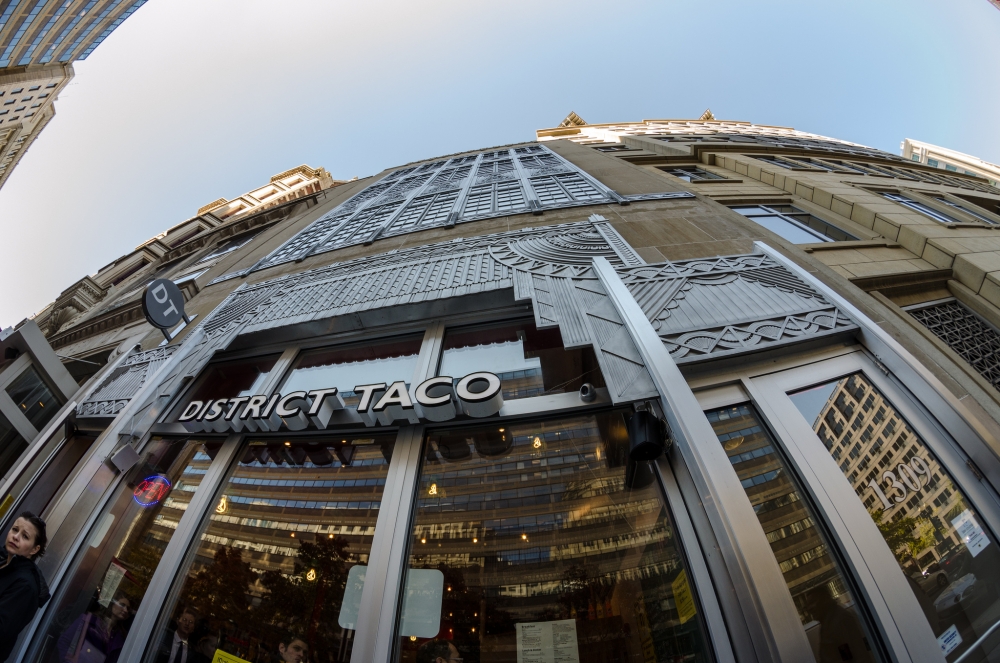 Tenleytown may be getting another fast casual restaurant soon, as District Taco plans a location at Brandywine Street and Wisconsin Avenue.

Before the restaurant can proceed, however, it must win exemption from a “chain store” restriction in order to open at the to-be-completed Tenley View development at 4600 Wisconsin Ave.

The Tenleytown advisory neighborhood commission will consider voting on giving the restaurant relief from the requirement at their September 9 meeting. The requirement was put into place in order to prevent chains like Burger King from opening at the location, according to commission chair Jon Bender.

“There is a requirement that Douglas [Development] may not rent to a business that has more than 5 branches in DC without getting ANC permission,” Bender wrote in an email. Douglas Development is building the seven story Tenley View complex, which will feature apartment units and ground-level retail.

The restriction does not apply to restaurants outside of the development, like the recently-opened Burger Tap and Shake, which also has a location in Foggy Bottom.

“District Taco hopes to have more than 5 branches in DC in the not-too-distant future, so they want to get relief from the restrictions before signing a lease,” Bender wrote.

The restaurant did not immediately return requests for comment. District Taco has spread to six locations in D.C. and northern Virginia since it opened in 2009, according to the company’s website.