Student-run dance clubs have become an integral part of the artistic community at AU. For dancers at all levels, they are a great way to meet community members and individuals who have a passion for performance and sharing their craft. Although AU’s dance organizations have provided students with community and social opportunities, the dancers who keep these clubs alive have noticed tensions between themselves and the AU Dance department, who they feel may not show enough support for their clubs.

Still, many of those students continue to appreciate what the clubs offer.

“Both organizations I'm a part of are really inclusive and they accept people who are beginners, advanced, intermediate or all of the above,” said School of Communication sophomore Sania Parker, a dancer in the student club AU in Motion and on the Les Coeurs D’Afrique (LCDA) team.

These spaces also allow for those who aren’t pursuing dance as a career to participate in a less intense environment.

“It has allowed me to continue to pursue something that I loved to do before coming to college and in a good way,” said College of Arts and Sciences sophomore Elizabeth Street, a current LCDA and former American Bhangra Crew (ABC) dancer.

Cultural dance clubs, specifically, allow people to meet within their cultural communities and have a safe space to express themselves on campus. It’s an important facet of college life for many students.

“We provide a sense of camaraderie, at least for the Black community, on AU’s campus but also all of the multicultural organizations on campus,” said SOC senior Zari Scott, the president of LCDA. “We are LCDA and we are the African diasporic dance team, which means we like to represent this entire diaspora of African culture. That's not just Black people.”

Likewise, Dhruv Patel, a sophomore in the School of International Service and the vice president of ABC, said since joining his freshman year, he has been able to connect with his culture and meet other South Asian students on campus.

Diversity in the Program

Some students feel that University members within the AU Dance program have not done enough to address microaggressions or cultural tensions between different dance clubs and students on campus.

“People would come into the studio while we were practicing. It's those types of microaggressions that feel like we don't belong here. Even though we booked this place as everybody else does,” said School of Public Affairs senior Adia Bracy who is a member and event coordinator for LCDA. “I don't think that [the administration] cares to address it. If they do notice, they don't address it… We're not their definition of what a dancer is. We should all accept all forms of art, especially if this is a school that prides itself on inclusivity.”

Bracy is not alone in her experiences. Other individuals within these clubs have felt targeted by what they see as inaction toward helping with encountered issues of the cultural dance teams.

“I don't want to go around calling anybody things, but from our perspective, it does feel targeted. I would say — I don't know if racial bias is the right word — but definitely targeted and definitely elitist,” Scott said.

During the Fall 2021 Dance Showcase production, run primarily by AU in Motion, each team was given a place to wait, stretch and prepare for their time to perform. The showcase performances were on the same main stage at the Greenberg Theatre.

“When the Bhangra team performed at the AU in Motion showcase in the fall, they actually didn't give us a room: we were where the back of the stage was. We were the biggest group and the largest team, so it was really hard to find space to even change,” Street said. “Afterward, [the theatre] told the president that we were being too loud or that they could hear us, which is really difficult to mitigate because they did put us at the back of the stage.”

Alicia Ridgely, a senior in SPA and the president of AU in Motion, agreed that the program faculty “don’t know that there's a stigma between student cultures and do not recognize it.”

Bracy said that everything “becomes a student problem.” Bracy also said that through both literal means of not responding to attempts to book spaces and non-explicitly through not addressing cultural tensions with LCDA, she perceived the dance program as not inclusive.

“I definitely think there's a bias because they see our team name — ‘Heart of Africa’, and they see Africa, and they've tried to say ‘we're not accepting of your club,’” Bracy said.

Within the AU Dance program, though, steps have been made to shift its image to a more inclusive and diverse one.

“We had a complete overhaul of our curriculum, really the whole program, and that new curriculum launched in 2017. So it’s still relatively recent and something that's sort of special about having done that overhaul, is that we got to really be at the forefront of what's possible for dance and higher education,” said Erin Foreman-Murray, the director of the AU Dance program. “When we built this curriculum, it was really important that we did not only center Western concept dance forms.”

These changes have not gone unnoticed by students.

“I took a dance class last semester, which was for African dance, more traditional, and I loved it. My first professor was Black,” Bracy said. “You know, [the professor] really understood the culture. She wanted us to understand. And wanted everyone in that classroom to learn more about it.”

CAS senior and dance major, Malik Gomes-Cruz, said he could not speak for the University as a whole, but did feel that the AU Dance program has improved in its representation.

“Currently, three out of the four faculty that we have on staff are Black women. And that I think comes through the anti-racism work that we've been cultivating for the last two years,” he said.  “I would like to see a lot more visibility and a greater connection between dancers on campus and the program.”

Most dancers recognize the difficulty in sharing limited studio space, which some feel most negatively impacts student clubs. Foreman-Murray attributed this challenge to the fact that these spaces are primarily utilized for classes.

“The Katzen Dance Studio is an academic space. So first and foremost, it's a classroom and it's a laboratory. And so that is the first priority for that space,” Foreman-Murray said. “We’re really operating in a deficit of space.”

Still, many wish that the AU Dance program would make more of an effort to make room for student clubs by providing studio space. Presently, issues with space have created student tensions between the dance clubs and made it more difficult for students to join their teams.

Patel recalled one specific circumstance where ABC was only able to reserve the rotunda entryway of Katzen for practice space for an upcoming performance; this became disruptive to others.

“Students came over and complained two or three times about the music,” Patel said, “and it’s like, I’m very sorry this is an inconvenience for you, but this is the only spot they gave us.”

“I started contacting them the first week of school, but I have not heard a word from them. I sent emails, I called, I went to Erin’s office and she didn't answer her door,” Bracy said. “We've had to practice in Butler with no mirrors, or an MGC classroom when we've had performances literally in two days. And then it's systemic in a way.”

Scott said that she knows her team does have advisors who can help, but they are part of the Center of Student Involvement and don’t have the same relationship with the AU Dance program, so they are not always able to aid with booking space.

“The response time [for booking Katzen] is lackluster at best and we're usually always told that the spaces are reserved for other dance organizations and dance clubs on campus,” Scott said.

Beyond just sharing space, many students remark that it has not been easy to maintain a relationship with the AU Dance program.

The dance club members said that they didn’t receive any promotion from the dance programs and no reaching out for help from either party (which Ridgely said was because of the “negative connotation” of seeking out a relationship).

“The program doesn’t use their platform effectively to support other people who dance on campus. I think that's where a lot of people are getting the fact that they're not very inclusive,” Ridgely said.

SOC senior Cy Maceda, Creative Director and dancer on K-District, agreed. “I would like to see more resources for dance teams on campus, regardless of them being a part of the program or not,” said Maceda. “This inclusive approach would help bridge the gap between the dance department and the majority of the dance teams and clubs on campus.”

Foreman-Murray said she was disappointed at these experiences, as her intention for the dance program is to be as inclusive as possible on a wide-scale level.

“It is absolutely in our priorities that all students have access to dance opportunities on campus,” Foreman-Murray said. “We believe fundamentally that dance education is for everybody. This is something else that makes this program really special.”

Some students also point out that the program’s age could impact its current abilities. Gomes-Cruz said that the AU dance program is small and relatively new, giving it room to grow.

“There's still a lot of space for people, AU specifically, I think to foster what it means to have a strong community,” Gomes-Cruz said. “It's in the process of becoming more of a great well-rounded type program.”

Many wish for the dance program to make more efforts to simply acknowledge these organizations as well.

“There's so much that we do for such a large group of people here. I've heard from other people that K-District or LCDA is what brings people to feel a sense of community here,” said Hemani Marfati, a sophomore in the Kogod School of Business and an ABC dancer. “I think that the AU director and program could do better advertising us, and say ‘we want you to have these communities of people where you feel at home and where you feel understood and related to.’”

In the future, students hope that the program will take a step back and evaluate the ways that they can better support student-run dance groups.

“It's the responsibility of the program to take a step back and look at what they're offering and see, ‘How can we expand this and how can we make it better?’” Ridgley said. 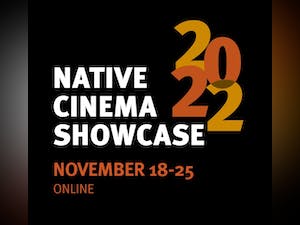