The Washington Commanders reported owner Dan Snyder had hired a bank to explore options for selling the franchise in a statement released on Nov. 2. This marks the potential end of his tyrannical reign filled with sexual assault allegations, racism and general mistreatment of team staff.

Snyder, notoriously referred to as racist and misogynistic, has negatively impacted his team’s workplace culture with his rampant, uncalled-for behavior since his purchase of the Commanders in 1999. The Commanders, formerly known as the Washington Football Team and the Redskins, have been recognized by the public and the media as one of the most toxic workplaces in professional sports because of Snyder.

His many controversies came to a head in the past two years, including leaked correspondence with former Las Vegas Raiders coach John Gruden including racist and homophobic language, an ongoing investigation into the sexual misconduct of the Commanders front office and a power struggle to not change the team’s original inflammatory name, among many other incidents.

The summer of 2022 saw the beginning of the end of Snyder’s ownership, as Congress investigated the Commanders after 40 women who worked for the organization alleged Snyder fostered a toxic, misogyny-ridden workplace. This investigation yielded a $10 million fine and resulted in Snyder’s expulsion from front office activities.

The House Committee on Oversight and Reform also released its findings of another investigation into Washington’s workplace, revealing Snyder investigated employees in an attempt to dispel their claims of a toxic workplace environment.

The Commanders’ whirlwind of controversy is not unique to its organization, or the NFL at large. The NBA has had its own troubles with owners’ behavior, and the most recent example shares many parallels with Snyder’s reign in Washington.

This statement comes in wake of Sarver’s decision to sell the Suns and WNBA’s Mercury franchise on Sept. 21. The week before, Sarver was suspended for a year and fined $10 million after an investigation into his misconduct found that he had sexually harassed female Suns employees, used the N-word on multiple occasions despite being told to stop by subordinates and treated women “inequitably.”

After this one-year suspension was announced, multiple NBA players and media members called out the relatively lax punishment levied by the league. This pressure backed Sarver into a corner and contributed to his decision to ultimately sell.

Sarver cited the “unforgiving climate” of the NBA in his statement of his plans to sell the Suns franchise. He also denies any and all allegations of racism, misogyny and inappropriate workplace conduct.

Since buying the Suns in 2004, Sarver fostered a toxic workplace within the Suns organization. In a free-agent meeting with Steve Nash in the summer of 2004, Sarver used the term “Black guy” loosely and recklessly. Despite this casually prejudiced word choice, the Suns still signed Nash. “We signed Steve Nash despite [Sarver],” an anonymous basketball executive said in an interview with ESPN’s Baxter Holmes.

On multiple occasions, Sarver made racially insensitive remarks in reference to Black coaches, according to a Black basketball operations staffer. The first incident came in 2013 when Sarver was expressing his preference for hiring Lindsey Hunter over Dan Majerle.

He told the staffer that “these [N-words] need an [N-word]” to coach them rather than a white coach. The second incident was in 2016, and in a very similar manner, Sarver said he hired coach Earl Watson because he could “speak the player’s language.”

Earl Watson had a history of conflict with Sarver in his tenure as coach of the Suns. After a loss to the Golden State Warriors, Sarver complained to Watson, “Why does Draymond Green get to run up the court and say [N-Word]?” Sarver reportedly repeated the word multiple times before being told to stop, according to Watson himself and another Suns staffer. In another incident, Sarver asked Watson about areas that the Suns organization could improve. Watson suggested hiring more diverse staff, to which Sarver responded, “I don't like diversity.”

In addition to his casually racist remarks, Sarver routinely dehumanized women during his tenure as owner. He spoke to Suns staff about engaging in sexual acts with his wife and showed them pictures of her in a Suns swimsuit, according to a former executive. Sarver, through his legal team, attempted to explain it by saying he was showing the merchandise staff samples of apparel they would be selling during the upcoming season. Unaddressed, however, were his comments to employees about his wife’s sexual prowess and his condom size.

Female former employees have said Sarver used language that connoted ownership such as “you belong to me” when he spoke to women on his staff. His language and behavior also enabled other members of the Suns’ executive staff. A female former employee said that executives would constantly make sexist comments during meetings and their feelings would be promptly invalidated when they said the comments made them feel uncomfortable. One former staffer even said she contemplated suicide during her years working for the Suns.

The silver lining despite this scandal is that Sarver is selling the Suns. His situation is reminiscent of former Los Angeles Clippers owner Donald Sterling, who was forced to sell the team in 2014 after recordings of him saying the N-Word and calling Black players other demeaning racial epithets leaked. After these leaks came out, the NBA moved to ban him for life.

With Sarver’s one-year ban taking effect, it is likely that he will disappear from the NBA world after a successful sale of the Suns. While it is important that he was held accountable for his actions, he was allowed to engage in his harmful behaviors for just under two decades. NBA owners have immense power and influence, but the league must find ways to check this power.

The NFL must also hold owners accountable for discriminatory misconduct, as Snyder’s case is not unique. Snyder’s potential sale of the Commanders bodes well for the NFL, but the league will still be notorious for its front office racism after he sells. The NFL must make significant progress towards a league-wide work climate where owners do not have unilateral power to say and do whatever they want. 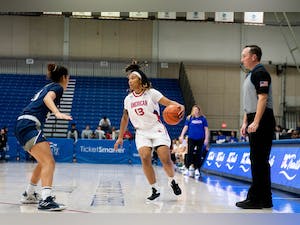 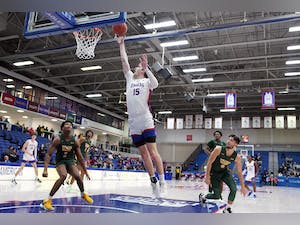