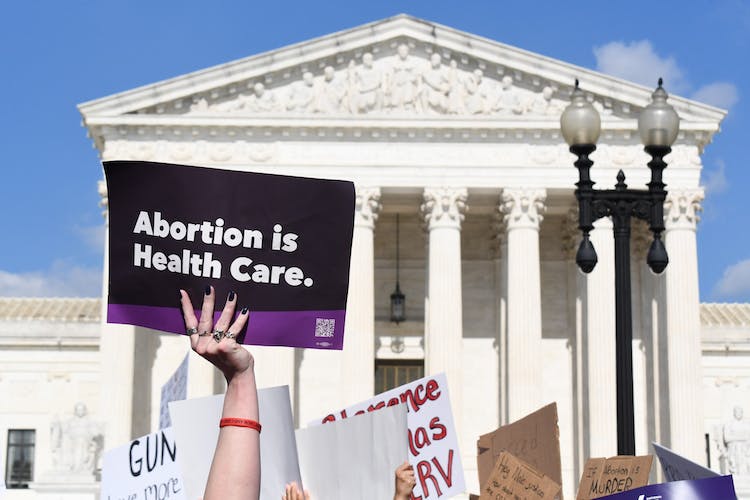 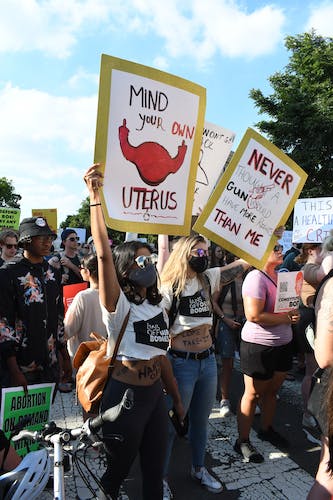 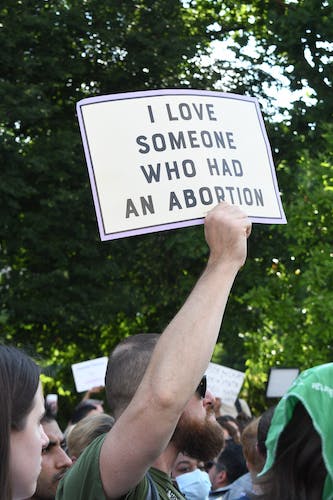 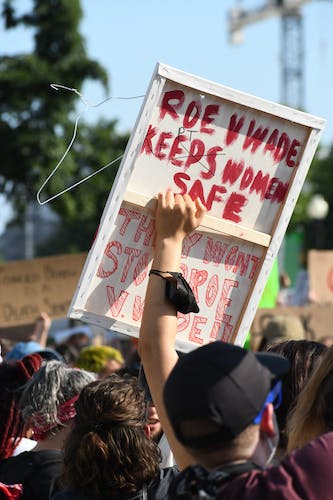 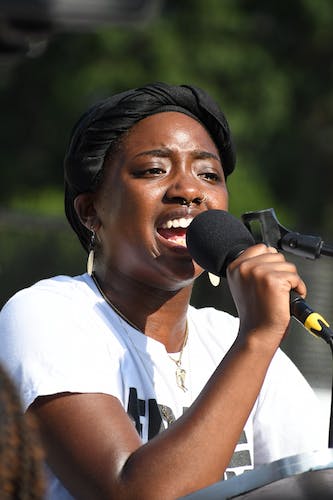 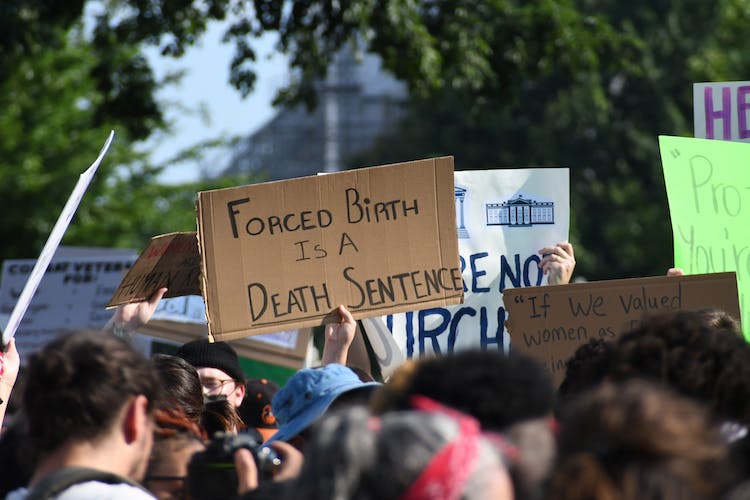 Protestors gather outside of the Supreme Court on Friday, June 24.

Following the Supreme Court’s June decision to overturn Roe v. Wade, national uncertainty has persisted about how abortion access may change and how states may suffer disparate impacts. As the midterm elections loom, voters will weigh abortion as a definitive issue when electing future decision-makers.

The Dobbs v. Jackson decision returned legislative power over abortion to Congress and state governments. Since then, states have imposed abortion bans and restrictions, several more are underway and further such laws may be implemented if the Republican Party gains sufficient control in state legislatures. Federal bans and restrictions are also possible, though not at all likely under the current Congress.

Research from Pew Research Center suggests that the issue of reproductive rights will be an important issue in the midterm election. Voter registration has surged among women, which points to the fact that abortion is a mobilizing issue for voters.

In D.C., abortion is legal at all stages of pregnancy, but since the district does not have statehood, the future of abortion rights in D.C. differs from states throughout the country.

Congress controls aspects of D.C., as it is a federal district. Though D.C. does have a city council, Congress has exclusive control over the district, according to the Constitution.

As the midterm elections approach in November, which party holds Congress could impact abortion rights in D.C. and nationally.

South Carolina Sen. Lindsey Graham has proposed a 15-week federal abortion ban, which would ban all abortions after 15 weeks, with limited exceptions carved out for rape, incest or threats to the bearer’s life. This ban cannot pass in the current Democratic-controlled Senate, but this could change if control shifts to the GOP in the midterm elections.

Any abortion legislation, either in its own bill or as a rider on unrelated legislation, would have to pass both houses of Congress and be signed by the president.

In 2011, former President Barack Obama signed a law that had an abortion-related rider attached to it. In signing the bill, the rider portion went into effect, banning local D.C. dollars from going to abortions for low-income people in the district.

Additionally, abortion-related measures previously passed by D.C. City Council would be void if faced by anti-abortion legislation, D.C. local news reporter Chelsea Cirruzzo said in an interview with The Eagle.

Potential abortion restrictions in D.C. would disproportionately impact Black residents. In 2015, more than 60 percent of abortions in the district were sought by Black residents.

Abortion is still legal in D.C. and the broader DMV area. Despite this, there may be barriers even to legal abortion, such as potential costs.

An abortion through Planned Parenthood in D.C. can range in cost from $578 to $2,008. While financial assistance is available, this is an additional hoop abortion-seekers must jump through.

Organizations such as DC Abortion Fund also provide financial assistance to abortion-seekers. Such nonprofits rely on fundraising through events and campaigns, as well as one-off donations to provide this type of support. Other regional abortion funds include the Baltimore Abortion Fund and the Blue Ridge Abortion Fund.

Another barrier abortion-seekers must overcome is having to face anti-choice protesters in order to physically enter clinics.

“It is a scary moment, for a lot of people, that moment of walking into the clinic. Because the narratives that are out there about abortion are often so demonizing and scary,” said one local clinic defender, who wished to remain anonymous for safety reasons. “And so we're out there to make sure that protesters don't get out of control, don’t get too close to the patient. Or if they do have those conversations, to be able to say, ‘Hey, it's okay, we can just go inside.’”

At AU, students with reproductive health concerns may seek guidance from the Student Health Center and the Center for Well-Being Programs and Psychological Services.

According to Dr. Ariel White, the university physician at the Student Health Center, the center provides “comprehensive reproductive health services for all students, regardless of gender identification,” as well as pregnancy counseling. The center does not provide abortions, but can refer students to the appropriate resources.

The Center for Well-Being Programs and Psychological Services can provide counseling and supportive services, including for students who have experienced sexual assault, said its director, Dr. Jacquelin Darby. These services are all confidential.

“Our main goal is to support students and make sure that they are well, and so we will work to continue to do that,” Darby said.

The people who find, investigate and sue polluters on the Potomac

Staff Editorial: Looking back to look forward: The strained relationship between AU administrators and the community