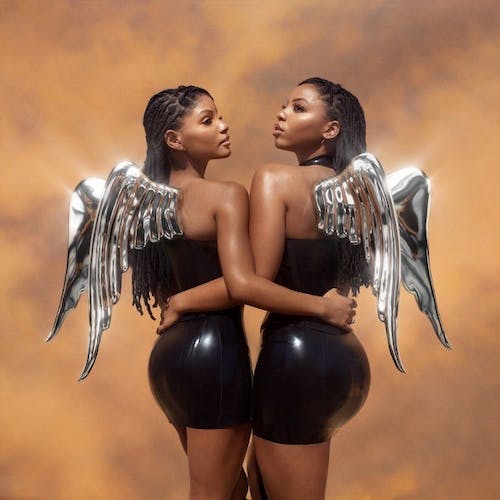 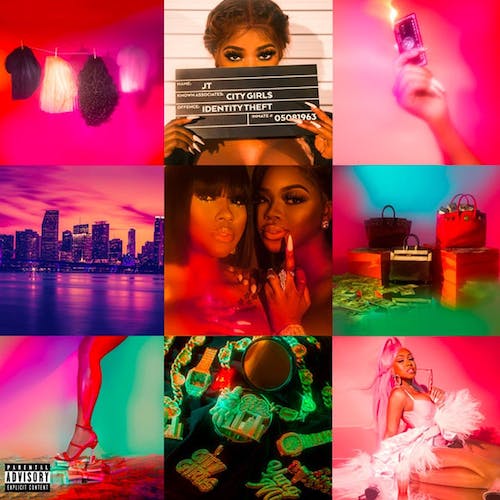 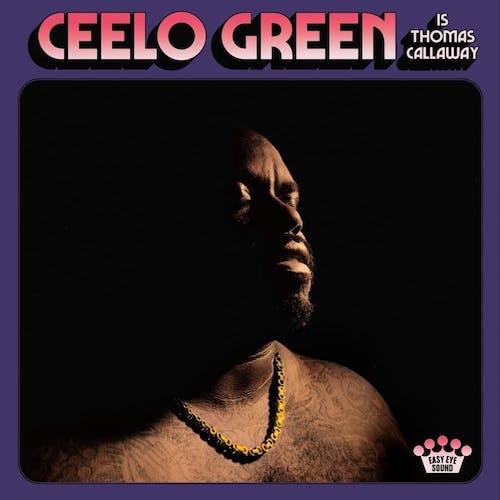 June 2020 will be a month for the history books. In the midst of a global pandemic, the lives of Black people were not only at risk of dying by the coronavirus, but also by white citizens. Police brutality and hate crimes put the United States on the global stage; the awful acts have yet to cease.

Amidst all the hate, chaos and hurt going on in the world today, something we can always find refuge in is music. In honor of Black Music Month, or African American Music Appreciation Month, here’s a list of music that was released in June. From tracks that reflect what’s going on in our nation to songs of holiday celebration, I’ve got a list of works by Black artists that you should check out.

Chloe and Halle Bailey, stars of the TV show “Grown-ish,” released their sophomore album “Ungodly Hour” on June 12. It’s been topping charts since. In comparison to their previous works, this album exemplifies the growth that the girls experienced in just two years since their first album, “The Kids Are Alright.” “Ungodly Hour” reflects the life of twenty-something year olds today. Chloe and Halle address topics we can relate to, like boy problems, infidelity, friendship, self-confidence and so much more.

Originally, the 13-song album was supposed to be released in early June, however, in respect of “the beautiful Black lives lost,” they postponed it to June 12 in solidarity.

In honor of Juneteenth, also known as Emancipation Day or Freedom Day, multi Grammy award-winning singer Beyoncé Knowles-Carter released “Black Parade.” Throughout the song, Beyoncé references her southern and African roots, spirituality and the pride she takes in her Blackness. Beyoncé even references the protests that are occurring nationwide for Black lives, stating, “Trust me, they gon' need an army (Ah)/Rubber bullets bouncin' off me (Ah)/Made a picket sign off your picket fence (Ah).”

On June 12, Atlanta rapper Lil Baby released his single “The Bigger Picture” in direct response to the killing of George Floyd. In this song, Lil Baby expresses his feelings on racial issues in the world. He explains in the hook, “It's bigger than Black and white/It's a problem with the whole way of life.” In order for there to be any type of change, “we gotta start somewhere,” he sings. Specifically, Baby uses this song to expose the horrors of police brutality with lines like, “I find it crazy the police'll shoot you and know that you dead, but still tell you to freeze,” and “They killing us for no reason,” and even dehumanization in the line, “Throw us in cages like dogs and hyenas.”

In addition to his musical activism, Baby joined the frontlines of the protest for Black lives. We see bits of his activism in the music video for this song. While a lot of the recent protests started because of the killing of George Floyd, they haven’t stopped because protesters are fighting for justice for so many and so much more, as expressed in the music video.

Lil Baby’s song demonstrates that during these troubling times, everyone must understand that this isn’t just a Black versus white problem, or even a racism versus everyone problem. The new song expands on the issues that are at hand: Everyone must acknowledge the many systems of hate, such as racism, colorism, sexism and capitalism.

And these issues aren’t just skin deep. Lil Baby’s song leads to the larger discourse about the media and public officials across the globe that have disserviced marginalized groups while they think that the issue that protesters are fighting for is justice for one Black man.

Last, but not least, are two songs that emerged from a Twitter feud.

During these troubling times, Chicago rapper Noname has utilized Twitter to call out the injustices against Black people and other marginalized groups. In late May, Noname criticized other artists for their lack of presence in the fight against hate.

In a tweet that has since been deleted, Noname said, “Poor black folks all over the country are putting their bodies on the line in protest for our collective safety and y’all favorite top-selling rappers not even willing to put a tweet up. n----- whole discographies be about black plight and they no where to be found.”

Tweets and weeks later, on June 16, 35-year-old rapper J.Cole released “Snow On Tha Bluff,” which reveals his feelings about what’s going on.

He explains that he isn’t what everyone expects him to be; he’s just average. However, this song turns sour when he uses it to criticize an unnamed woman because of her “tone.”

Eventually, Cole admits that he isn’t doing enough, yet instead of just taking ownership for his own actions, he claims that the unnamed woman should take a softer approach and treat people as children when it comes to life or death situations.

As an apparent response to this song, Noname released “Song 33.” The lyricist uses her talents to address issues such as the patriarchy, the death of 19-year-old Oluwatoyin Salau, the murders of transgender people, and she explains that there are bigger issues going on in the world that need to be addressed than a hurt ego.

In addition to the songs above, here’s a list of other Black created works that were released during Black Music Month.

Similarly to Lil Baby and Noname, artists such as H.E.R. and Usher took to the mic to express their feelings toward the struggles that people face while being Black. On June 26, Usher released “I Cry” in response to “the death of George Floyd, the ongoing slaughter of Black men and women, [and] the protest and events that unfolded,” he said in an Instagram post. Usher created this song in hopes of teaching his sons and other men that it’s okay to cry and feel emotions, especially in times like these.

Grammy award-winning artist H.E.R. released “I Can’t Breathe,” which explicitly denounces police brutality and racism. The title reflects the final words of George Floyd. H.E.R utilizes this song to expose the harmful history of this country and criticizes white privilege.

H.E.R. sings, “Destruction of minds, bodies and human rights/Stripped of bloodlines, whipped and confined/This is the American pride/It's justifying a genocide/Romanticizing the theft and bloodshed/That made America the land of the free/To take a Black life, land of the free.” Other powerful lyrics include,“Generations of supremacy resulting in your ignorant, privileged eyes.”

On June 20, the Quality Control duo City Girls released their second studio album, “City on Lock.” This long-awaited album came two years after the release of the Billboard-charting album “Girl Code.” “City on Lock” is a Billboard 200 charting album and features artists like Lil Baby and Doja Cat. This album leaves women across the country feeling inspired because, as they say in “Jobs,” “I’on work jobs, b----, I am a job.”

Satire: Student at center of COVID outbreak staying safe by only seeing people in 25-person bubble

Club Feature: The Sikh Student Association is forming community without focusing on numbers