Opinion: Students deserve a way to hold their universities accountable

Private college campuses should subject to freedom of information regulations

American University is a private university, which means it is not subject to the Freedom of Information Act (FOIA). As a result, student journalists (and other information-seeking students or citizens) cannot file FOIA requests to gain access to records that the school holds, many of which would provide information to students about the operation of the university that they attend.

In the three years that I have written for The Eagle, I’ve noticed how much of a hassle making these requests can be. The University is rarely forthcoming with accurate information, and there’s little we can do about it, besides continuing to ask the administration to give us even the tiniest amount of details.

Student journalists at public schools, which are subject to FOIA, have accomplished a number of amazing things, thanks to their ability to legally request and access information. Students at the University of Kansas used public records to uncover secret settlements to a faculty member in their design school. Students at the University of Manchester used their version of a FOIA request to find out how much money the university invested in fossil fuels. Students at Utah State University uncovered ways in which their tuition money was being spent by filing public records requests. A Princeton University student used New Jersey open record laws to write a piece about campus tax evasion.

These students uncovered stories and wrote groundbreaking pieces in an attempt to check the power of their universities. The ability to access University information is a vital way in which student journalists can do their jobs and hold their institutions accountable for their actions – which is why students at private universities should be able to FOIA information from their own institutions or at least have an easier way to access information.

Schools like American University, with robust journalism programs, often act as a training ground for young aspiring reporters. For many of us, it’s our first contact with the realm of reporting. Students should be able to learn what the job of a full-time reporter entails on campus, so restricting the amount of information available to them can be a hindrance to that learning.

Of course, the lack of protection from FOIA hasn’t stopped the student journalists I know from doing incredible work. But it does mean that it’s much harder to perform the role of a school newspaper and disseminate information to other students on campus.

Granted, we all agreed to the rules of a private university when we sent in our first tuition payments, but we did so hoping that the University would still be transparent and inform us of what’s going on. That hasn’t always been the case, and for a college campus where many of us live and work and eat and sleep, we deserve to know some of what goes on behind the curtain.

Private universities simply do not operate like other private institutions such as companies or large businesses, because it is a place where people go about their daily lives. People don’t live and sleep at their jobs, but we do live and sleep at universities. Because of this, shouldn’t students have more of a right to know what’s going on behind closed doors? If we're living on this campus and we're here for 24 hours a day all semester, don’t we have a right to know what happens on it?

There is some hope for one day allowing students to file FOIA requests because private school power is not absolute. Schools are not allowed to have total control over their students, and there is certain information that has been deemed necessary to release to the public. The Clery Act requires both public and private universities to publish campus crime data each year. In California, the Leonard Law restricts school censorship of newspapers. Since these laws have already restricted some private university power, there is always the possibility that FOIA could be opened up to student journalists at private universities. Unfortunately, I don’t believe it’s likely, but I do believe that it should be allowed at least in some scenarios.

I understand that certain information needs to be protected. The Family Educational Rights and Privacy Act (FERPA), which safeguards student education records, must always be protected. The University does have a legal right to restrict certain information — it’s a private school and the administration has privileges granted to them by the government that public schools do not have. But if the University is not going to be open about anything, which so often seems to be the case, then we should at least have some tools at our disposal to report on that, and FOIA is often one of the best tools a journalist has.

Lauren Patetta is a junior in the School of Communication and an assistant editor for the opinion section.

This article originally appeared in The Eagle's December 2019 print edition. 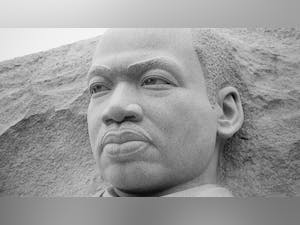 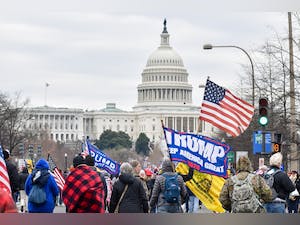