“What Men Want” succeeds in entertaining, but leaves more to be desired

“Okurrr!” Chuckles rippled throughout the theater as Ali Davis (Taraji P. Henson) appeared on screen, speaking to her assistant after jumping off her in-home treadmill triumphantly. The scene instantly set the tone for Henson’s sassy, strong-willed character, which was enough to leave audiences laughing while feeling a little intimidated. But despite the cast’s convincing performances and humorous attempts, the film often fell flat in places where it sought to address deeper issues in the workplace.

“What Men Want” is a comedy loosely based on Nancy Meyers’ 2000 hit comedy “What Women Want” starring Mel Gibson. The 2019 version was directed by Adam Shankman (“A Walk to Remember,” “Hairspray”) and follows the story of Ali, a successful sports agent. Despite repeated successes in her male-dominated, locker-room-talking agency, Ali is passed up for a promotion she clearly deserves. The reason? Her boss says she can’t connect to men.

Frustrated and determined to succeed, Ali seeks help from a shaman (Erykah Badu), who gives her a drug-infused tea to solve her problems. In typical Hollywood fashion, Ali accidentally hits her head after drinking it, and wakes with a special power: the ability to hear men’s thoughts. While she tries to use her new ability to get ahead in her career and love life, she is confronted with situations that push her to reassess how she perceives and interacts with men and with herself.

The fun-filled cast, as a whole, is strong.

“Everybody had to be funny...When you have a successful comedy, there can’t be one weak link. You can name them, go down the list, everyone brings their ‘A’ game,” Henson said in an interview with The Eagle.

Still, Henson gives the most notable performance, carrying most of the film’s entertainment value. While most may recognize her for her more serious roles in “Empire” and “Hidden Figures,” her comedic chops in this film are impressive. Henson said that when she was shown the script, she was immediately drawn to its ability to unite important topics with comedy.

“The [rom-coms] that stick to me are the ones that have heart and the ones that you can be laughing and then on the verge of crying,” Henson said. “I was interested in doing a comedy like that.”

In 2019, it’s no surprise that a film centered around a career-driven black woman in a male-dominated workplace would reference issues like sexism, racism and the #MeToo movement. But even though the film touched on all three issues, mere mentions left a lot more to be desired.

At one point in the film, Ali asks her Dad, “How am I supposed to rig a system that’s rigged against me?” Topical moments like this were often touched on before moving to the next, lighter scene rather quickly. Because those serious moments weren’t fleshed out, the scenes that were intended to be comedic were not as fulfilling as they could have been.

“Look at the climate and what we’re dealing with,” Henson said. “If we stick to dealing with that and making people laugh, then we might have something.”

While the film contains lots of comedic talent, the minor juxtaposition of relevant, sensitive topics dispersed throughout the film gets lost between the laughter. Despite its intention to pay homage to gender inequality in the workplace, the film fails to find a balance that would give the issues the attention they deserve while still having a good time.

At the beginning of the movie, Ali’s boss condescendingly says to her, “Just stay in your lane,” a notion that Ali actively seeks to reject throughout the entirety of the film. While the film itself tried to approach from multiple lanes, the opportunity to deliver any substantial commentary fell by the wayside. 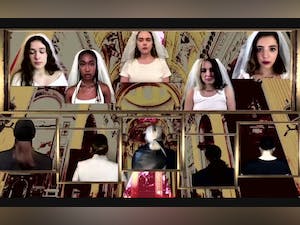 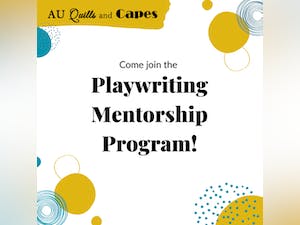 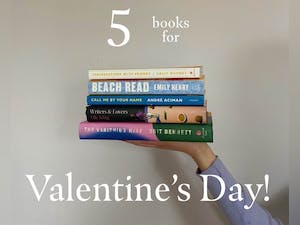