Mitski brings the “Be The Cowboy Tour” to the DMV

Overcoats opened for Mitski at the 9:30 Club on November 17th. The crowd was excited to see Mitski perform and there was a line formed around the block waiting to get inside to see Mitski. She was very happy to see that all of the people were here.

“I saw people lined up at 5:30 to see my show,” she said. “Don’t do that. It’s cold.” Her entire “Be The Cowboy” Tour was sold out and many of the audience members were wearing cowboy hats. A man in a southern accent even shouted. “I wanna be your cowboy.”

Overcoats, an indie electronic pop duo based in New York, walked on the stage in oversized metallic suits to open for Mitski. Hana Elion and J.J. Mitchell effortlessly harmonized in all of their songs, almost sounding autotuned. At times, their dancing was synchronized, and at other times, it was completely improvised. In “I Don't Believe In Us,” they twirled each other.

For their last song, Elion brought her parents on stage to perform with Overcoats for “Leave The Light On.” Rick and Julie Elion played maracas and danced in the corner on stage. They are musicians from D.C., according to Elion.

After a painful wait, the woman of indie-rock, Mitski, started her set with a chilling rendition of “Remember My Name” The 28 year old Japanese-American was dressed in business casual with a white bottom down and a black shirt.

Mitski performed songs from her fifth studio album, “Be The Cowboy,” as well as classics like “Townie” from her 2014 album "Bury Me At Makeout Creek" and “Your Best American Girl” from her 2016 album “Puberty 2.” Both songs helped Mitski gain critical praise for her tragic but catchy lyrics and her incorporation of bells and piano into the standard dysfunctional guitar present in indie rock. Her fair and low voice sounded similar to her records, but her theatrics are what enhanced the experience.

A constant throughout the show was her rather contemporary dance moves. For the entirety of her first song, “Remember My Name,” she had her hands behind her back. It was rather odd because “Remember My Name” is an upbeat song and I would’ve expected her to dance more or be somewhat more engaging. Next, she performed “I Don't Smoke” and started using her right arm. “Washing Machine Heart” introduced her left arm and by “First Love/Last Spring,” she was moving her entire body. The movements weren’t natural and seemed choreographed. In “First Love/Last Spring,” she paced back and forth across the stage. After that the movements were less erratic but more sexual.

Behind her was a collection of musicians and three screens that would constantly change. In “First Love/Last Spring,” the screens displayed a video of a moving highway. Along with her pacing, it seemed to insinuate that she was running from something, either people or her own emotions.

Her speaking voice was very calm and I honestly wasn’t expecting it. I thought she was going to sound super edgy and too cool for us, but she seemed to be very humbled by the experience. Mitski is just a girl that loves music and wants to share it with us. Her family was there, in addition to Elion from Overcoats, and she noted “I feel like it’s a family affair. I’m glad you are here with us.”

She went backstage to grab her acoustic guitar to perform “A Burning Hill”, one of only a few songs that is normally acoustic. After this song, she and her band left. The crowd began to shout “Mitski!” and begged for her to return and finish her set. Mitski and her band returned to perform “Two Slow Dancers.” After that she said, “One last song and it’s goodbye until next time,” and performed the old bop “Goodbye, My Danish Sweetheart.”

Mitski put on an incredible performance at the 9:30 Club, not uncommon for most indie rock artists. What made Mitski different was the extra elements she brought to her performance. We weren’t just listening to her chilling voice and her heartbreaking lyrics, but we watched her dance and represent more than what we could originally hear from her.

A trek through Czech: The Czech embassy hosts Mountaineering Day 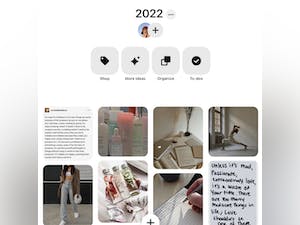 Too much time off? How to balance relaxation and reflection between seasons 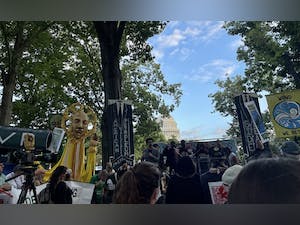 Protestors from across the U.S. come to the Capitol to resist sacrifice zones