Troye Sivan captivates the Anthem with a refreshingly heartfelt performance

Troye Sivan performed hits from new album “Bloom” at the Anthem on Oct. 4

In a world of overly extravagant productions packed with elaborate sets, stages and costumes, it’s easy for live performance to lose its essence. On Thursday, Oct. 4, pop sensation Troye Sivan challenged this trend, illuminating the dimmed mood lighting of the Anthem with his own uniquely impactful yet intimate take on pop performance. Sivan reminded audience members of the immense power of raw, heartfelt connections between musicians and their audiences, allowing the intricate details of his music to speak for themselves.

On Aug. 31, Sivan released his latest album, “Bloom,” a harmonious blend of pop rhythms and complex lyrics. At its core, “Bloom” is a testament to the empowering and liberating nature of music, touching upon Sivan’s experience with expressing his identity and sexuality through performance. Sivan was recently awarded the Stephen F. Kolzak Award at the 2017 GLAAD Media Awards, a recognition previously given to Ellen DeGeneres and Laverne Cox for their advocacy for LGBTQ rights. He last visited D.C. three months ago to headline the 2018 Capital Pride Concert. The lively and ecstatic crowd made it clear his fans had eagerly awaited his arrival the Anthem, where D.C. would be one of the earliest cities worldwide to hear hits from “Bloom” performed live.

Immediately, when the opening chords to Sivan’s hit, “Seventeen” echoed into the crowd, Sivan made his entrance through the regal, red stage curtains, a single spotlight framing the solo artist as he stood alone on stage. Beginning the night with a song that blends pleasant narration with stirring crescendo, Sivan set the tone for the intricately orchestrated fusion of vulnerable ballads and electropop remixes. His transition from singing effortlessly into a microphone stand in front of the curtain to rocking out expressively on a platform throughout the piece manifested Sivan’s flexibility and fluidity as a performer, which allowed the seamless integration of popular pieces from his debut solo album, “Blue Neighborhood” including “Heaven,” “Fools” and “Wild.”

Also making dramatic entrances were Sivan’s opening acts, American singer Leland and German singer-songwriter Kim Petras. Leland, who confessed “I love this city,” energized the crowd with his dance moves, and engaged the entire audience in chanting lyrics to his songs that hadn’t yet been released. He also performed his song “Lights” from the soundtrack to the Netflix original “Sierra Burgess is a Loser,” enchanting and enlivening the crowd with his smooth transitions into resonant falsetto.

Leland, a natural performer, described touring with Troye Sivan as “one of the best experiences of my life,” hinting at more collaborations with Sivan in the future, along with Selena Gomez and Allie X. Petras’ electric energy matched Leland’s, with her strong belt voice, immediate stage presence and bubble gum pop melodies captivating the audience. Petras’ endless zeal, along with the interactive nature of her performance, kept audience members on their feet. Petras most recently released a Halloween mixtape, “Turn Off The Light Vol. 1” on Oct. 1 for those interested in getting into the Halloween spirit.

I’ve been enthralled by Troye Sivan’s captivating sound for a few years now, but as much as I enjoy shuffling through his latest album “Bloom” between classes, nothing compares to the atmosphere his performance evokes live. The emphasis on ethereal lighting and minimal set changes, in particular, allowed for a more relaxed and personal feel to a larger scale concert, while contributing to the overall exquisite quality of Sivan’s melodies. The Anthem boasts seating of up to 6,000 people, and Sivan’s tour drew an immense crowd of roaring fans.

Still, Sivan’s openness to share his innermost feelings and his willingness to express his vulnerability led me to grow so enraptured by Sivan’s raw, confiding emotional expression that I often forgot I was one of thousands in a large concert hall until I heard the deafening chants and applause from the crowd. Perhaps the most intimate moment was Sivan’s song “Postcard,” which Sivan performed as he sat on the edge of a couch, surrounded by five lamps, shaping a remarkably moving tableau.

Sivan’s minimalist approach to staging directed more attention toward Sivan’s personality, his lyrics and the messages of acceptance and inclusivity they communicated, as thousands of fans waved rainbow flags signifying support of the LGBTQ community. His unapologetic confidence, overwhelming humility and genuinity shone through as he sprinkled in his humor, remarking how the audience in the pit was “squashed like sardines,” or sharing a story of how he tipped over the prop couch just minutes before performing.

“I’m gonna be real with you guys, I’ve been feeling a little weird all day,” Sivan disclosed. “When I soundchecked here today, I was like, there’s no way this place is gonna be full,” gesturing to the vast room. However, Sivan described the crowd as “one of the craziest things I’ve ever seen in my whole life,” explaining how it “completely turned my day around.”

Overall, I found Troye Sivan’s performance at the Anthem to be a breathtaking experience. Not only was I amazed at Sivan’s artistic choices and flexibility as a performer, but also his honesty, openness and genuine nature as an individual. One of my personal favorite moments from the concert was Sivan’s stripped down cover of “Better Now” by Post Malone, which demonstrated the extent to which Sivan is willing to venture out of his comfort zone to not only challenge himself musically, but also entertain a broader audience.

I felt that the venue’s ornate decorations were elegant and the layout of the venue was fitting to Sivan’s performance, in which close proximity to audience members even further highlighted the intimacy of Sivan’s raw, confiding emotional expression. Given the wide range of songs, styles and genres performed, as well as the various ways in which each performer connected with their audience, it was clear that all attendees, in the words of Troye Sivan, “just had the best night tonight.” Sivan himself definitely did, proclaiming it “hands down one of my favorite shows in the tour.”

“Bloom” is available on Spotify and iTunes. 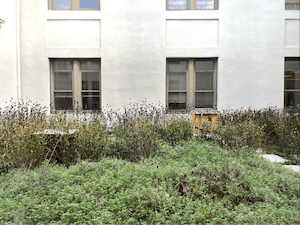 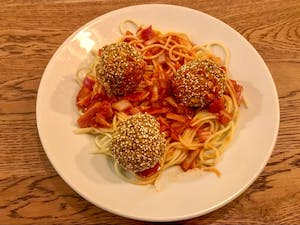