There’s so much to do in D.C. this weekend

This weekend, be sure to welcome April and celebrate the cherry blossoms while they last, learn about the effect of community policing, and explore the portfolio project of Diane Arbus.

The inaugural Petalpalooza presented by FreshDirect will debut with over eight hours of music and festivities. There will also be opportunities to explore one’s creative side with Japanese calligraphy, bike spin art, and more. FreshDirect will be giving away free snack packs to attendees. There will be plenty of amazing photo opportunities for Instagram worthy shots, especially at the “flower-by-numbers” wall.

This event is free and open to the public.

Community Policing in the Nation’s Capital

The National Building Museum is hosting an exhibit about the Pilot District Project, a local experiment in community policing between 1968-1973. This exhibit will display newly discovered materials such as posters, maps, and other materials from the community policing plan. Come learn about the history of this project, and witness the history of one of the first attempts to repair relationships between the District’s white police force and black community.

Tickets for this exhibit are $10 for adults and $7 for students with a valid student ID.

Renowned photographer Diane Arbus began working on a portfolio in 1969 consisting of sets of ten photographs. When she died in 1971, there were only eight sets of this project know to be printed. These photographs contracted her successful posthumous career, and made the art community consider photography as a legitimate art form for the first time.

Club Feature: The AU community garden provides a space for students to connect with the environment 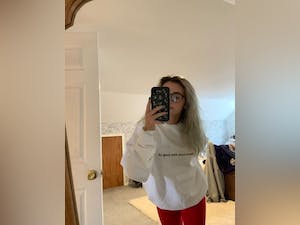