Living in another country isn’t always as easy as it seems, some students say

Maggie McFarland, a third-year Public Health major in the College of Arts and Sciences, has always been a healthy person. She didn’t expect to be one of 20 other students who were sick during their time abroad last semester.

“We were trying to fly from Morocco back to Madrid and pretty much everyone was on the airport floor or in the bathroom crying,” McFarland said.

Three ambulances had to come straight to the airport as soon as they landed to bring everyone to the hospital, McFarland said.

Fortunately, McFarland was able to use Spain’s universal healthcare program until she was feeling better.

Nearly 70 percent of AU students study abroad before they graduate, according to the AU Abroad website. With so many AU students eagerly applying to summer programs this time of year, it’s easy to forget that traveling to another country isn’t always picture perfect.

Dan Fitzgerald, a senior in the School of International Service, studied abroad in Morocco and Senegal last year. Although he says the trip was “probably the best experience he’s ever had,” sometimes it was hard.

“Internet access is not common in Morocco or Senegal so I lost my support system (aka my parents) in the first week or two,” Fitzgerald said in a Facebook message. “I just felt so isolated in my thoughts, especially in a country that doesn’t speak English.”

Sometimes it was the little things that were frustrating, like being around the same people for too long, Fitzgerald said. Other times, the issues were bigger, such as the culture shock of witnessing jarring street harassment.

It’s important to know that if you’re studying abroad and you are feeling sad, lonely and confused, or are dealing with tough situations, you’re not alone.

“Before students go abroad, there is an introduction which discusses these issues in a larger format,” Hayes said.

After arriving in their host countries, students may also partake in dinners or meetings to discuss other issues on a local level, Hayes said.

Students can also take advantage of what their host country or city has to offer in order to combat homesickness. For example, AU Abroad recommended some affordable restaurants for students to get some of the best food, McFarland said. She would often take time to relax and enjoy Spanish tapas and other cuisines that were near her homestay.

Even though there may be bumps in the road, that doesn’t mean they overshadow the incredible experiences that studying abroad offers. Students have the opportunity to immerse themselves in a different culture, complete with food, fashion and so much more.

Fitzgerald’s experience in Morocco allowed him to live with with a host family. He called it “the pinnacle of living with your grandparents.”

“Slowly, you open up and people reach to you and make you feel at home, so I adapted,” Fitzgerald said.

McFarland said she lived in a homestay while she was in Spain, and had the full Mediterranean experience complete with flamenco shows, paella and wine tastings.

Although McFarland missed some of her classes while she was sick, there was a bright side: she learned Spanish medical terminology at the hospital.

“It coincided, ironically, because even though I wasn’t in my classes, I came back and knew what things were,” McFarland said.

Fitzgerald’s advice for students studying abroad now or in the future: go with the flow.

“Honestly, it’s fine to have some broad goals or plans but the best experiences come when you don’t plan,” Fitzgerald said. “Put yourself out there and you won’t regret it.”

Eagles gunned down by the Midshipmen for the second time, but freshman “Johnny O” shines 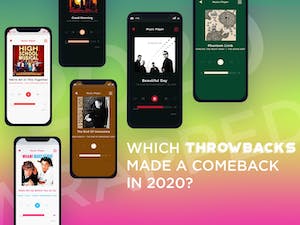 AU men’s basketball comes up just short in first game, losing by one in overtime to Navy