The California-based Red Hot Chili Peppers have been a mainstay in the music industry since the 1990s with a funk-laced rock sound that refuses to get tired. The band’s latest tour, for its 2016 album "The Getaway", will bring the group to the Verizon Center on April 12. Some of the band’s most famous songs include “Can’t Stop,” “Californication” and “Dani California”; hits that are still heard on the radio today.

“The Getaway” features a variety of the Chili Peppers’ old sounds fused into long-melodic journeys, the longest track clocking in at 6:09. “Dark Necessities” has been the radio pick from this album.

Although it is not the band’s best-received album, the concert promises to capture the highlights of “The Getaway,” along with a celebration of their biggest hits from the past 20-odd years. Leadman Anthony Kiedis, at 54-years-old, is still as charged-up and electric as ever. The frontman will be joined by fan-favorite bassist simply known as Flea, also 54 years old, and drummer Chad Smith.

The group that has been touring for much of its career took 2015 off to record and write its latest venture. Before the year-long hiatus, its previous touring streak lasted from 2010-2014.

The Verizon Center will be packed and ready to go for the Red Hot Chili Peppers on April 12. Tickets are still available here and through other resale vendors. 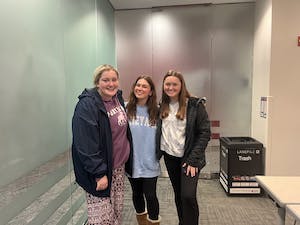