The eclectic pop-duo supports their album “Hang” at the 9:30 Club on March 22.

In their fourth studio release, “Hang,” the California pop-project, Foxygen, explores jazz, folk and classic rock in a dynamic eight-track album steeped in lost love, missed opportunities and joyous celebration. The album was produced by indie-rock label, Jagjaguwar, and released on January 20, 2017.

The dynamic duo of Foxygen is lead by Sam France and Jonathan Rado and officially began in 2005 while both were still in high school. Out of Westlake Village, California, the band released numerous EPs before gaining traction after their second studio album, “We Are The 21st Century Ambassadors of Peace & Magic,” was discovered in 2011 by producer Richard Swift, former member of The Shins and current bassist for The Arcs. After a two-year hiatus following their 2014 release, the duo returns bringing not only their own instrumental talents, but also an entire 40-piece orchestra backing the entire album.

The album opens with the single “Follow the Leader,” the perfect dance tune about moving on from wanting to be like everyone else. The rag-time, pop tune “Avalon” is reminiscent of a drowsy day spent “in the garden of love.”

The ballad of “America” is reminiscent of a Broadway-show mixed with an old-time big band show. This tune is a whirlwind journey taking listeners through this age in America that time if “you’re already there/ then you’re already dead.” Foxygen’s deft skill using a plethora of instruments, themes and arrangements inside a single song gives life and story to each track. Throughout the album, songs are often reminiscent of Queen and their iconic rock ballads “Bohemian Rhapsody” and “Somebody to Love.”

Playing on themes of rock and folk, “On Lankershim” tells of the girl “who walked away” forever before oozing into the next track “Upon a Hill,” which marks her return into his life by singing him a tune.

In one of the album’s best tracks, “Trauma,” France’s voice is reminiscent of Muse frontman Matt Bellamy, as he tells of the struggle to confess your love to someone when you don’t even know their name. The song is for all those who “confuse and abuse” and find solace in the fact that trauma and hardship are universal. While some traumatic experiences are greater than others, France comforts the audience with his own accomplishment of going outside to grab the newspaper.

The grand finale to this masterpiece is “Rise Up” as a last call to everyone who wants to change the world and who are searching for that one thing in life, even when it’s been with them all along.

Foxygen will perform at the 9:30 Club on Wednesday, March 22. Doors open at 7 p.m. and tickets can be purchased here or at the door. 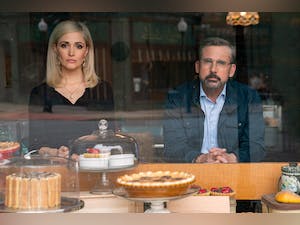 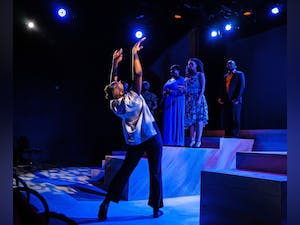 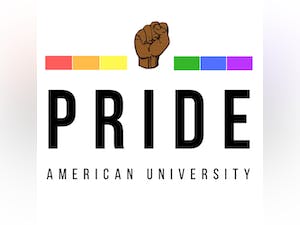