The president had a terrible Sunday

It has only been a week since the start of Donald Trump’s presidency, but some patterns are already emerging. One particularly intriguing pattern is the tendency of the administration to organize its actions following a sort of “theme of the day.”

Last week, for instance, the administration launched the “War on Numbers,” with the president shouting demonstrably false claims about his inaugural crowd’s size and literally millions of fraudulent votes in the 2016 election, as well as Kellyanne Conway introducing the memorable concept of “alternative facts.”

Under that framework, the theme of Jan. 29 was evidently bungled foreign policy. Three embarrassing moves dominated the news cycle.

First, and most notably, the President issued an executive order banning refugees and nationals of Iraq, Syria, Libya, Somalia, Sudan, Iran and Yemen from entering the country. Many such people are part of our University community as SIS dean James Goldgeier noted in a recent tweet.

Although the president has insisted that this order is not a “Muslim ban,” in so many words it is. The language of the order identifies several Muslim-majority countries and provides that the only individuals from those countries who practice a minority religion — i.e. not Islam — may enter the United States.

All aspects of this order’s aftermath signal what a significant failure it is. More than 40 large protests occurred across the country, marking a perfect two-for-two record with widespread demonstrations on every weekend of the new administration.

The federal bureaucracy seemed unprepared to execute the order, as it was not run past the Departments of State, Defense, Justice, Homeland Security or the Office of Legal Counsel. Even many prominent Republicans have vocally denounced the order. Ultimately, the order was stayed by a federal judge pending further review only a few hours after its signing. Practically nothing worked.

Then there was the president’s decidedly unintelligent decision to reorganize the National Security Council. Trump changed the list of so-called “principals” — that is, people who are invited to every NSC meeting. The specifics of the change are so unwise that they verge on comedy. The Chairman of the Joint Chiefs of Staff (the highest ranking official in the entire military), the Director of National Intelligence (in charge of coordinating America’s various intelligence agencies) and the Director of the CIA (whose agency Trump has alternately compared to Nazis and vowed “1000%” support) were all replaced by Steve Bannon, White House Senior Strategist and former purveyor of white supremacist Internet screeds.

The competence gap between Bannon and the three career experts he is replacing cannot possibly be understated. Bannon is manifestly unqualified to be on the principals committee, and his presence there is a marked break from previous administrations. If the Muslim ban and other mistakes were made before the president decided to purge his advisors of any experience, one can only imagine what will happen now.

Finally, in the first military action authorized by the president, a Navy SEAL was killed during an operation in Yemen, the first U.S. military casualty in that war. While this death does not mean that the operation or the overall strategy in Yemen were failures, it definitely adds to the overall feeling that Trump’s foreign policy has started off on the wrong foot.

I’ve written in the past that people should stop making assumptions about Trump. And this weekend has proved one of the most popular assumptions wrong. The idea that the President’s advisors would reign him in, or that the Oval Office would humble him, or somehow that Trump the candidate would be different from Trump the president, is apparently incorrect. Hopefully his foreign policy improves; it’s hard to see it getting worse.

Bobby Zitzmann is a freshman in the School of International Service. 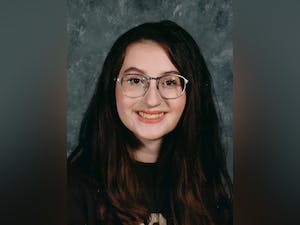