Joining a yacht club has never been easier (if by yacht club it’s actually the group of fans of an 18-year-old rapper from Atlanta and by join it’s actually learning to embrace his idiosyncrasies).

Lil Yachty, aka Darnell Boat, aka red braided Yeezy Season 3 model, aka King of the Teens, continued his rise by dropping his second mixtape of 2016, aptly named “Summer Songs 2.”

For those new to the Lil Yachty movement, he is a teenage rapper who doesn’t actually consider himself one, who has developed a significant following over the past year. His music is founded on the pairing of Yachty’s autotune croon with the instant recognizability of production from the mind of Burberry Perry (see “1Night”).

Nothing really matches up when analyzing individual aspects of a Yachty song. When it all comes together, something fun, energetic and above all, fresh is created.

Lil Yachty’s lyrics and rapping are not good enough on their own to catapult him to stardom. They can be loudly vulgar and at times flatly unoriginal. The production on most songs is simple, subdued, sing-songy and relies heavily on elementary sounds and melodies drawing from both video game music and trending trap beats. Perry discusses in the mixtape’s companion video produced by The FADER, how he struggled to find anyone who liked his beats. Yet in some twist of fate, the two artists came together and have created a sound never really heard before.

For Yachty and the rest of his crew, the Sailing Team, “Summer Songs 2” is equal parts calling out haters and bragging about their newfound success. Their collective style and talent will undoubtedly bring out the classic response along the lines of, “these no-talent rappers are killing real hip hop, I could do what they do.” This mixtape is the Sailing Team’s definitive response: “we’re doing it and you’re not.”

The track “Such Ease” certifiably slaps. More importantly, this track in particular stands out as representative of the album’s central meaning. Not only does Yachty encourage Perry, rapping, “Told my brother just keep working, we gon’ leave them all stunted,” but in the hook he outlines what this album means to him:

“We no longer live the same life no more. I remember nights we slept on the floor, now we can buy ‘bout anything we please,” he sings. “We survived through the breeze with such ease.”

“All In” is also a banger. It features Burberry Perry, Byou, Kay the Yacht, BigBruthaChubba, $oop, Jban$2Turnt, Kodie Shane and K$upreme. This list by itself paints a picture of the full sailing team crowded into a too-small booth feeding off the pure energy exuding from the room as they cycle through each of their verses.

“For Hot 97” with its heightened levels of ad-libs might be the tape’s most mainstream pop-song. As the name suggests, this song has the potential to be a radio-hit, an indication that traditional radio still holds clout in the music industry and SoundCloud rappers (even the “laziest” of them all) still have incentive to pursue mainstream success. Ironically, behind the pop-leaning production Yachty is saying that he doesn’t really care what anyone thinks about him, his music or his Hot 97 freestyle, as long as he makes money.

Lil Yachty’s steady rise to fame was spurred on in no small part by featuring on Chance the Rapper’s May release, “Coloring Book.” He appears on a track with Chance and Young Thug, leading his verse with the line: “Am I the only one who really care (sic) about cover art?” Despite some pessimistic outlooks on the future of album artwork and the current impact of how easily an album’s cover can be turned into a meme, Yachty’s last two tapes stand as bastions of art direction.

The artwork for “Summer Songs 2” is a continuation in style from his previous album “Lil Boat,” and a telling contrast from the cover of “Summer Songs,” which is an iconic photo symbolic of how snapchat and vine boosted Yachty’s career.

When “Lil Boat” dropped in March, two songs from that tape had already garnered millions of listens on SoundCloud. It’s not clear which song from Yachty’s more recent project will become the next hits like “Minnesota” or “1Night,” but there are several contenders. In addition to “Such Ease,” “All In” and “For Hot 97,” “Shoot out the Roof” and “Why?” have the potential to be Yachty’s next hits.

So embrace the quizzical expressions from your peers, play some of these songs at your next social function and bask in this paean to the summer of ‘16. 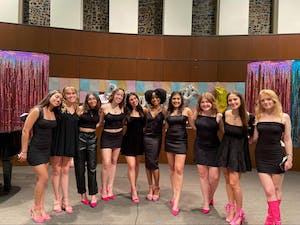 Treble in Paradise’s ‘Discopalooza’ is a smash hit 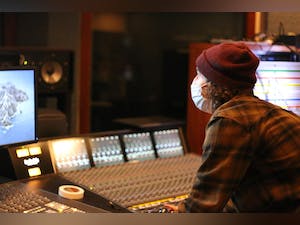 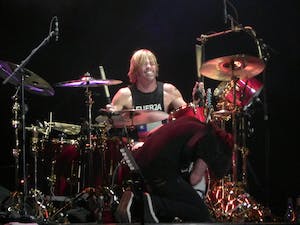 A tribute to Taylor Hawkins: Leaving behind a legacy of rock