Gold talks about making the most of internships and combining your interests to create a career.

In the second installment of the alumni series “After AU,” Jason Gold sits down with The Eagle. Gold graduated from the School of Communication in 2005 and has worked on some of TV's most popular series, such as “Mad Men,” “Breaking Bad,” “The Walking Dead,” “The Killing” and “Hell on Wheels.” He is now the Vice President of Production at television network AMC.

What made you become interested in film and want to pursue a career in the television industry?

I was always a fan of television and movies growing up. My favorite movie was “Indiana Jones: The Last Crusade.” When I came to American University I knew that film and media were things that I was really interested in, so it made sense at the time. When I first started in the film business I wasn’t sure exactly what I wanted to do, but as I kept learning about the business and cultivating relationships with my producers I began to love working for AMC productions. I also minored in history and I find myself always gravitating toward historical piece in shows.

I think that what I studied in undergrad definitely affects how and what I work on today in my job. My knowledge of film and history adds an interesting dynamic to what I tend to focus on to. Studying visual media was one of the best decisions I have made. Fun fact: I met my best friend by participating in the L.A. summer internship program and we still keep in contact today.

What kind of challenges did you face when building your career, and what challenges do you currently face?

There are a lot of lessons I learned along the way after I graduated from college and started looking for jobs. I experienced a lot of financial challenges when I first started out. For example, when the [Writers Guild of America] strike happened in 2008, it was very hard to find work and especially for me because I had to put everything on hold. I started to become uncertain if film was something I really wanted to pursue, but thankfully, I had a really good support system that encouraged me and helped me through until I could find work.

There are a lot of challenges I face day to day. In this job you really have to be good at multi-tasking. Every day I am constantly managing multiple projects at once. I think one of the challenges I always face is managing how to think quick on my feet and solve each issue for the 10 different projects at the same time. Sometimes I am given harder tasks, like figuring out how to solve little problems like finding what is the best location to shoot a scene or which locations have tax incentives for film production.

What is a typical day for you like at your job?

On a typical day I could be on set in Atlanta filming “The Walking Dead” or I could be sitting in my office planning for future shoots. Some of the things I do day to day is logistical planning like creating and maintaining budgets for line producers and directors. I collaborate with producers of the networks and work on about seven shows. Each individual show has its own individual production piece, and my job is to figure out how to solve problems like what location will create a better dynamic for the show and permits we need to obtain in order to film. I am always learning about new things in this business and I am always constantly researching new ideas.

What advice would you give to students that want to work in the film and Hollywood industries?

Some advice I would give students at internships or working low entry jobs in the field they want is to make sure you do a good job at every task you’re given. It really goes a long way. I always believe that working low entry jobs and internships that may not be the most rewarding are all means to an end. I think it’s crucial to excel in all your assigned tasks at your job, but it’s also important to do it in a way that makes you stand out among other interns or employees.

Also, I would highly recommend that students try to consistently keep up with changes to the business. This is one of the most important lessons I have learned, because if you keep track of what direction the industry is going it will help you better adapt to newer technologies or what the general public likes and does not like.

You don’t necessarily need to study film production or media in order to enter the film industry, but you do need to know how to build relationships. In this business it is about who you know and having the ability to build relationships with people is key. Building relationships with mentors and people you work with in this field is very crucial. A lot of my colleagues and people I meet in this industry have received degrees from different schools and have studied Business or Law during their undergrad before working in the television industry.

If there was one thing you could tell your 21-year-old self, what would it be?

I would say drink less. No, I am just kidding, I would tell my 21-year-old self to worry less and stop being so awkward and shy around people. The biggest thing I struggled with when I was 21 was having confidence in myself and what I am capable of. But most of all I would tell myself to stop spending money and start learning how to save. 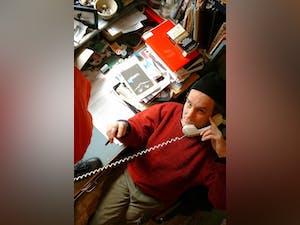 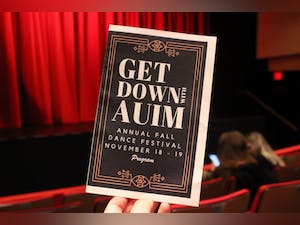 Review: AU in Motion’s “Get Down with AUIM: Annual Fall Dance Festival” 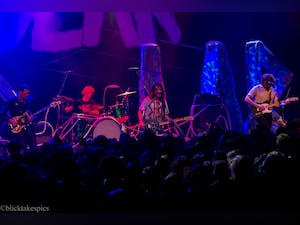