Weeks after a Student Government referendum passed overwhelmingly in favor of converting the third floor of Mary Graydon Center into student space, Vice President of Campus Life Gail Hanson says the University is in the pre-planning stages of creating the new space.

Hanson said in an interview with The Eagle that the University is beginning a process that is expected to span several years. The first step, she said, is that the University plans to hire a consultant next academic year to examine how the space might be used.

“It’s very preliminary, but this is the first we’ve known that we’re getting ready to do the planning,” Hanson said.

It is too early to know who will get to use the space, when the consulting process will exactly begin and where the classrooms and departments currently using office space will be moved. There are also many organizations who will likely make their case for space as Greek life and clubs face challenges in booking the little space that exists currently, the Eagle previously reported.

The space will likely not be ready until after East Campus is completed, according to Hanson, which is slated to open for fall 2016, although construction delays have put the project behind schedule, the Eagle previously reported. Hanson said the renovation process will be similar to previous renovations in MGC.

“The whole [second floor] was gutted and built out in a way that met our needs at the time…and we’ll go through a very similar process on the third floor,” Hanson said.

In 2001, the University renovated the second floor, which also used to house offices and classrooms.

However, while the University is only in the early stages of converting the space, student leaders praised the announcement.

“This has been kind of a decade in the making, if not more,” Wirth said. Wirth campaigned throughout the year for more club, Greek life and student organization space.

“I think this is a huge opportunity for students to really assess how they want their social and extracurricular space dedicated,” she said.

In the April SG elections, 97 percent of students voted in favor of expanding student space to the third floor. The SG Senate supported the referendum and made it a priority in their spring agenda. Undergraduate senator and general manager of ATV Geet Jeswani, who led the charge to collect 750 signatures to place the referendum on the ballot, is pleased the University is moving forward.

“Seeing this thing through and seeing it actually happen is so great,” Jeswani, a senior in the School of Communication, said.

Hanson said students will have the opportunity to give input during the consulting process, though she did not specify how. She also added converting the third floor of MGC was always one of the University’s goals.

“In our space planning, it always was the case that the third floor of Mary Graydon, when we didn’t need it for student space, would become part of the University Center,” Hanson said. University Center is the formal name of student life facilities, which includes the first and second floors of MGC.

“And I’ve appreciated the student advocacy because that has helped to underscore just how important this is to students, but it was certainly the University’s intention to have that become University Center space as soon as possible,” she said. 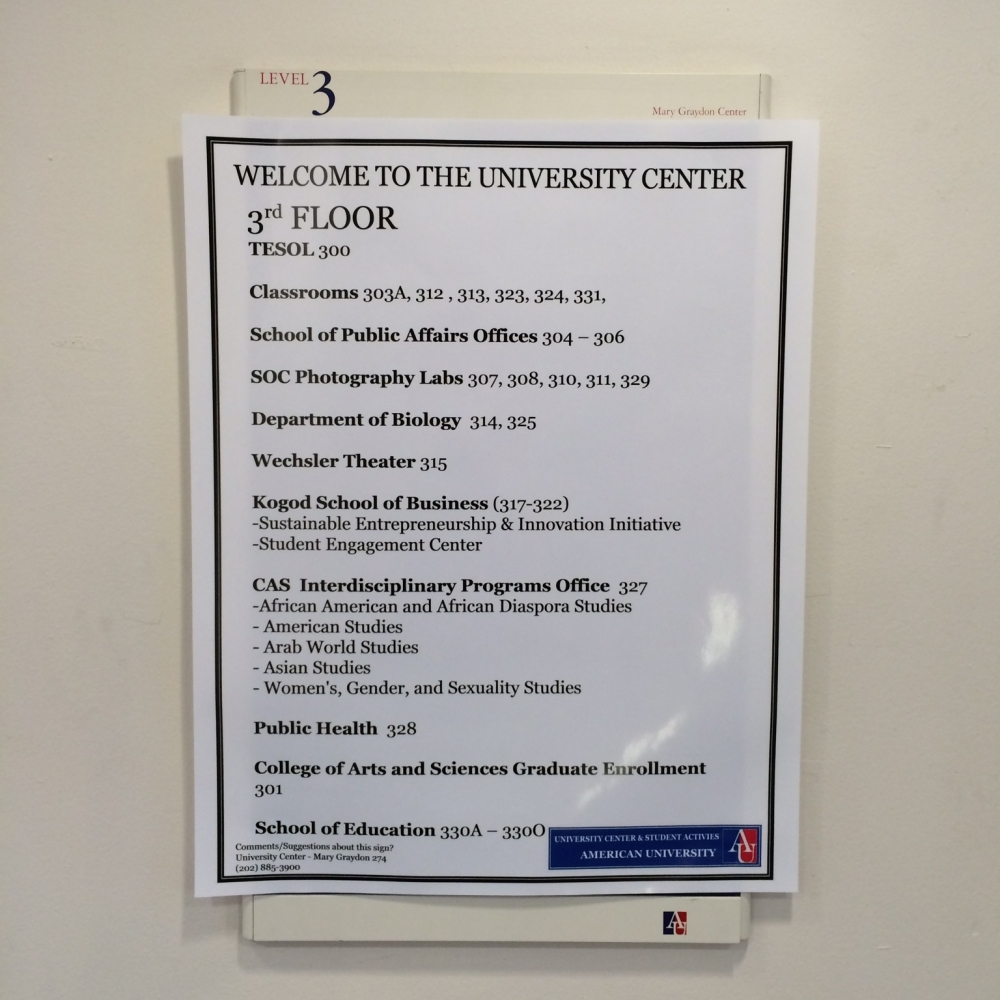 Undergraduate Senate Speaker Will Mascaro said he plans to make the third floor of MGC a priority again in the fall Senate agenda. His proposals include allowing the third floor rooms to remain unlocked during the night so that students may begin to use the space as they currently use the rooms on the second floor. He also wants to work with Public Safety to determine where security cameras would be required and how often patrols would need to happen on the third floor.

“Our immediate priority is making that space available to students before it transitions fully over,” Mascaro said, adding that the Senate’s goal is to have unlocked rooms on the third floor by next semester. “The work right now is laying the groundwork.”

Senior director of University Center and Student Activities Michael Elmore said he had some initial concerns with allowing unlocked doors on the third floor because of classrooms that have expensive equipment, but added “I understand what [Mascaro’s] looking for.”

There are currently security cameras on the first and second floor, Elmore said, and the Office of Campus Life will work with Public Safety to add them to the third floor in the future.

The Office of Campus Life will give a presentation to the University Board of Trustees Campus Life Committee later in May about student social space on campus in general, according to Elmore. MGC third floor may be brought up at that meeting.