The Board of Trustees approved a 3 percent tuition increase for fiscal year 2016 and a 3.5 percent increase the year after at its biennial discussion of the budget on March 6.

The tuition increase for next year is a slight rise compared to the previous 2.95 percent increase that affected the 2014-2015 school year.

“There’s a lot of strains and stresses on the budget of any university, and, at the same time, there’s a lot of demands,” Board of Trustees Chair Jeffrey Sine said.

Considerations from the University Budget Committee, comprised of faculty, students and staff, were taken into account before the Board of Trustees met Friday morning, Sine said.

The University Budget Committee advocated for a 3.5 to 4 percent increase in tuition, but the Board was able to lower the increase for the first year of the cycle by using money from the University’s financial reserves, according to Sine. Unspent revenue from previous years, as well as profits from investments and returns, make up AU’s financial reserves.

“This University has, over many years, has built financial reserves and a balance sheet that has some real strength,” Sine said. “And we’re fortunate, in an era when colleges are finding it impossible to keep operating, that we have that strength to call on.”

“We used our rainy day fund on a snowy day."   — Jeffrey Sine, chair of Board of Trustees

Student Government President Sophia Wirth said she recognizes that tuition increases are necessary but worries about current and incoming students who will have to shoulder the burden.

“Any increase increases an already significant burden on students, in terms of cost of attendance and, like, paying to go to school here,” Wirth said. “That being said, I think the fact that the increase is on the lower end of what was being considered and is on the lower end of what we were expecting, to me, really shows how much of an impact student voice and student advocacy had on this budget cycle, especially.”

While the cost of tuition faced a higher increase, combining housing, tuition and dining cost increases results in a 2.5 percent overall increase in the cost of attendance for an on-campus student for fiscal year 2016 and 3 percent rise for fiscal year 2017, Doug Krudavetz, AU’s chief financial officer, vice president and treasurer, said.

“We used our rainy day fund on a snowy day,” Sine said.

Sine said other key figures in the budget, like housing and dining price increases, are below 3 percent and 3.5 percent. The rise in tuition was a balancing act between maintaining accessibility and affordability, while making sure students’ degrees appreciate in value over time, he also said.

The budget’s scales leveled out to a 1 percent cut in the total budget for the next two years, as well as a cut in the merit pool available for faculty and staff, Kudravetz said.

The cut results in $1.4 million, overall.

These cuts will not affect the total financial aid that will be available to students, Kudravetz said. Financially-struggling and debt-laden students heavily influenced how University President Neil Kerwin and the Board balanced student cost, Provost Scott Bass said.

“There’s great concern for the consequences for our students who are struggling to and our families and households in this time period of high cost and of helping pay for college,” Bass said.

The tuition discount rate, which is the percent of tuition money that goes toward financial aid, is a little over 30 percent, Kudravetz said.

Kudravetz also mentioned a special account built into the new budget that is available to help students struggling to pay for study abroad costs and internship travel expenses.

“All committee members, certainly the cabinet and the Board is clearly aware of the challenges, the cost of private higher education,” he said.

The cost of meal plans will also increase by 2 percent in the next fiscal year and 2.5 percent in 2017, contributing to the total cost of attendance. 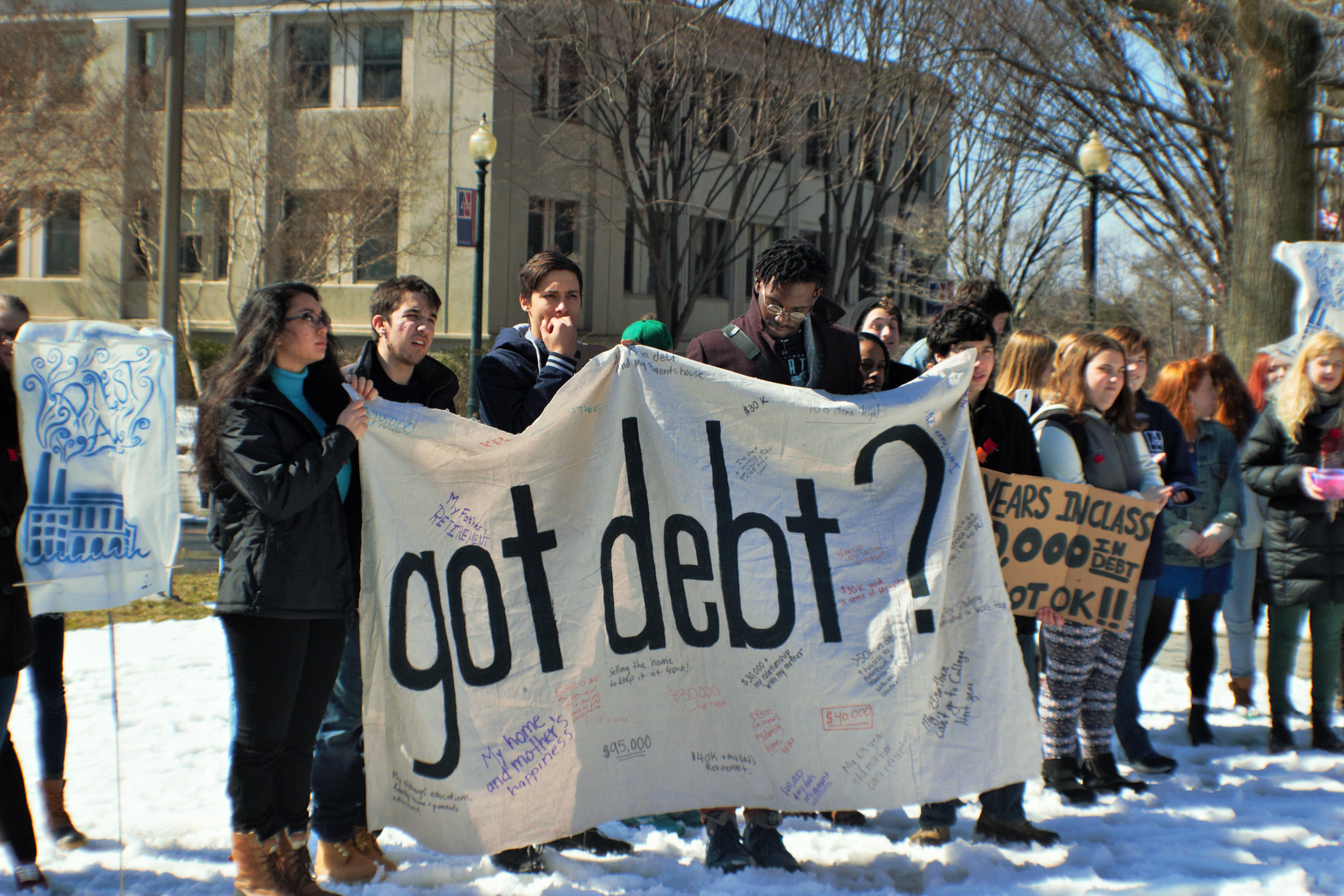 Student voices impacted the Board’s decision a great deal this year, according to Student Trustee Joe Ste.Marie. The University Budget Committee held a town hall meeting with students, including members from the Education Not Debt (END) Coalition, The Eagle previously reported.

“We wanted to see how the Board would react to our questions about financial aid,” Rachel Ussery, an END Coalition’s student organizer, said.

The END Coalition advocated for a full tuition freeze at the town hall.

“I think it had a great effect,” Kudravetz said. “I mean, I think it was enlightening on both sides. We tried to educate the students on the challenges we have to create a balanced budget, and I think the students helped educate us on some of the issues they have in taking a second job to afford to go to school. It was, it was enlightening. We took that into consideration, heavily, when we were working.”

"The fact that the board has not listened to students who have been fighting for tuition freezes around three years is very disappointing.” — Rachel Ussery, a END Coalition student organizer

The END Coalition also organized a rally on March 2 to call attention to student struggles from rising tuition, The Eagle previously reported.

Ste.Marie, who is the only student trustee on the Board but who does not have a vote, said he was happy with the overall decision.

“This is the absolute best possible budget,” Ste.Marie said. “Tuition isn’t increasing like crazy, and the value of our degrees will continue to increase.”

Although the Board could not deliver a tuition freeze, they began their model from a tuition freeze standpoint, Bass said. The Board recognized there would be more cuts and more of a financial burden on the University if there was a full tuition freeze.

“The fact that the board has not listened to students who have been fighting for tuition freezes for around three years is very disappointing,” Ussery said.

After addressing short-term cuts and goals, the Board looked at long-term plans for the University.

Beeghly Hall will be renovated and refurbished as the new home for AU’s science department, according to Sine.

“This school is, I think, in serious need of a new science building,” Sine said.

Donations and other unspecified sources of revenue will pay for Beeghly’s renovation. The renovation will not place a burden on next year’s budget, according to Sine.

“If we move at breakneck speed, that building will be open for one semester this decade,” Sine said.

According to Vice President of Communication Terry Flannery, current Vice Chair of the Board Jack Cassell will replace Sine as chair of the board starting at the May meeting of the Board.

“I’m looking forward to it,” Cassell said. “My family’s had a long history here, as you probably know, and this is a very exciting thing not just for me but for my family also.”

Corrections: A previous version of this article misquoted Board chair Sine as saying funds had been used on a "sunny day" not a "snowy day."

A previous version of this article said cuts would be made to merit awards for students instead of to the merit pool available for faculty and staff.

Kerwin did not attend the town hall held by the University Budget Committee.