The American University student-musicians, who record as “Boon,” unravel the story behind their upcoming EP

Brendan Principato and Jesse Paller, two AU students who record as the indie rock group Boon, have a lot to be excited about.

“Rome EP” comes almost a year after Principato released Boon’s first EP, “A Salon of the Refused,” on BandCamp in April last year.

The duo also submitted their song “Hunger” for the National Public Radio’s Tiny Desk Concert. Though they didn’t win, their post got more attention than anything Boon has done previously.

“We got 1,500 views this week [as of Jan. 30] on that NPR video and we’re pretty blown away,” Principato said. “You think about the Internet, and that’s nothing, that’s a s***stain in the underwear of the Internet. But it means a lot for us. If 1,000 people heard that song, that’s 850 more than I thought ever would hear it.”

“Hunger,” will not be on the duo’s upcoming “Rome EP.” The album, which they started working on two and a half years ago, is in its final stages of production. It will feature six new tracks, about 30 minutes worth of music.

The two musicians met through a mutual friend and quickly bonded over their love of music. Both were part of the WVAU staff, AU’s student-run radio station of which Principato is now co-general manager.

Principato named the group “Boon” after a scene in a Don Hertzfeldt short film, “It’s Such a Beautiful Day.”

One of the first songs they worked on was “Play Along,” a song that would eventually be the backbone to the “Rome EP.” The song is the second track on the EP.

“Play Along” started as a two-note musical idea that Principato came up with in 2012.

“It’s a very simple, short repeating phrase," Paller said. "But we recorded every imaginable harmony over it."

After three days of dedication to “Play Along,” Principato said that the song was put on a hard drive and forgotten.

Principato uncovered the track last summer when he talked to Paller about the idea of making a new EP. At the time, Principate was studying abroad in Italy while Paller was interning at a music studio in New York.

“Because [“Play Along”] is so musically simple, we saw the potential to make it such a lush arrangement,” Paller said.

The two decided to incorporate “Play Along” into the narrative thread of “Rome.”

The original two-note melody evolved into a song with 70 tracks on it, including four different guitars, ukuleles and a glockenspiel. The track is an homage to The Beach Boys and Phil Spector, and showcases the wall of sound - a production technique Spector pioneered.

“It’s cool to hear it now because we can hear our own growth by listening to it,” Paller said. 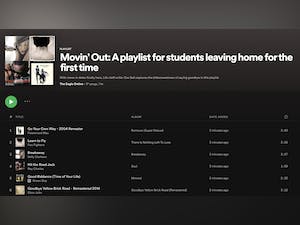 Movin' Out: A playlist for students leaving home for the first time 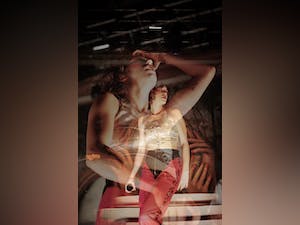 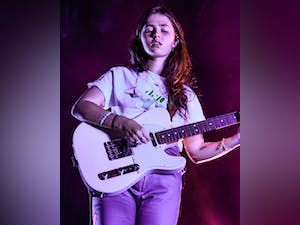