On Stands Now: They said no

After two years of student activism against fossil fuels, the Board of Trustees announced Nov. 21 that AU will not divest from fossil fuel investments.

While student trustee Joe Ste.Marie said he believes the board went into the investigation on divestment from fossil fuel investments with an open mind, the Board was restricted by D.C. law, according to Chairman of the Board Jeffrey Sine.

“We have to make these decisions based on the government standards that we adhere to,” Sine said. “These are not personal portfolios we are managing. I have no fossil fuel stocks in my own portfolio, but that is a very different question than what we have in AU’s portfolio given a different set of fiduciary standards.”

According to Ste.Marie, these standards made divestment from fossil fuels impossible for the University under D.C.’s Uniform Prudent Management of Institutional Assets Act. This act outlined only a few possible ways that the University could legally justify divestment, Ste.Marie said.

According to the law, divesting from fossil fuels would have to fit within AU’s mission, but as an educational institution, it does not, according to Ste.Marie.

Another reason outlined by both Ste.Marie and a memorandum sent out to the AU community is the ability to prove that divestment would not greatly impact investment returns.

Currently, a large portion of AU’s endowment is housed in index and commingled funds, according to the memo. Index and commingled funds require more passive oversight from Cambridge Associates. However, in order to divest current and future investments from fossil fuels, funds would instead be moved to separately managed funds, which would require Cambridge to more actively manage AU’s investments and increase the management fee. The shift would double AU’s annual management fees from $1.1 million to $2.2 million.

Some students agreed with the University’s decision to continue investment in fossil fuels.

“If students think that divesting would send a strong message to the community then they are wrong,” Payne Griffin, a senior in the College of Arts and Sciences, said. “The University has such a small stake in the overall market that no one will notice, and the investments would simply be sold to someone else.”

Julia Morriss, a senior in the School of Public Affairs, said she believes the University is simply not ready to divest.

With the decision to refrain from divestment from fossil fuel investments, the Board presented three new actions the University will take to invest in positive and sustainable initiatives.

Those actions include the creation of a “Green Investment Fund,” active management and ongoing review, and shareholder engagement and proxy votes, according to a memorandum sent to the AU community.

The Green Investment Fund, which will be created by the end of the academic year, may serve as a litmus test for possible future divestment for the University, according to Kerwin.

Student Government President Sophia Wirth agreed with Kerwin despite her disappointment over the outcome of the vote.

“I hope that the [Green Investment Fund] will show [the board] that divestment can work without diminishing the endowment,” she said.

Wirth said she was confident that the Board made the best legal decision based on the assessment it received from Cambridge Associates. However, she was not as sure about the way the Board requested the information on divestment.

“There is no way [Cambridge Associates] could have said yes. That doesn’t mean that divestment is not viable, but that AU did not ask the right questions,” she said. “If you ask a black and white question, you get a black and white answer.”

Despite the board’s decision to refrain from divestment, the University still maintains a strong green movement, Kerwin said.

However, many students were not satisfied with the Board’s decision.

“Today I am seeing some of the worst of our administration and our leadership,” Chelsea Smart, a member of the Fossil Free AU campaign and a sophomore in the School of Communication, said to Sine and Kerwin. 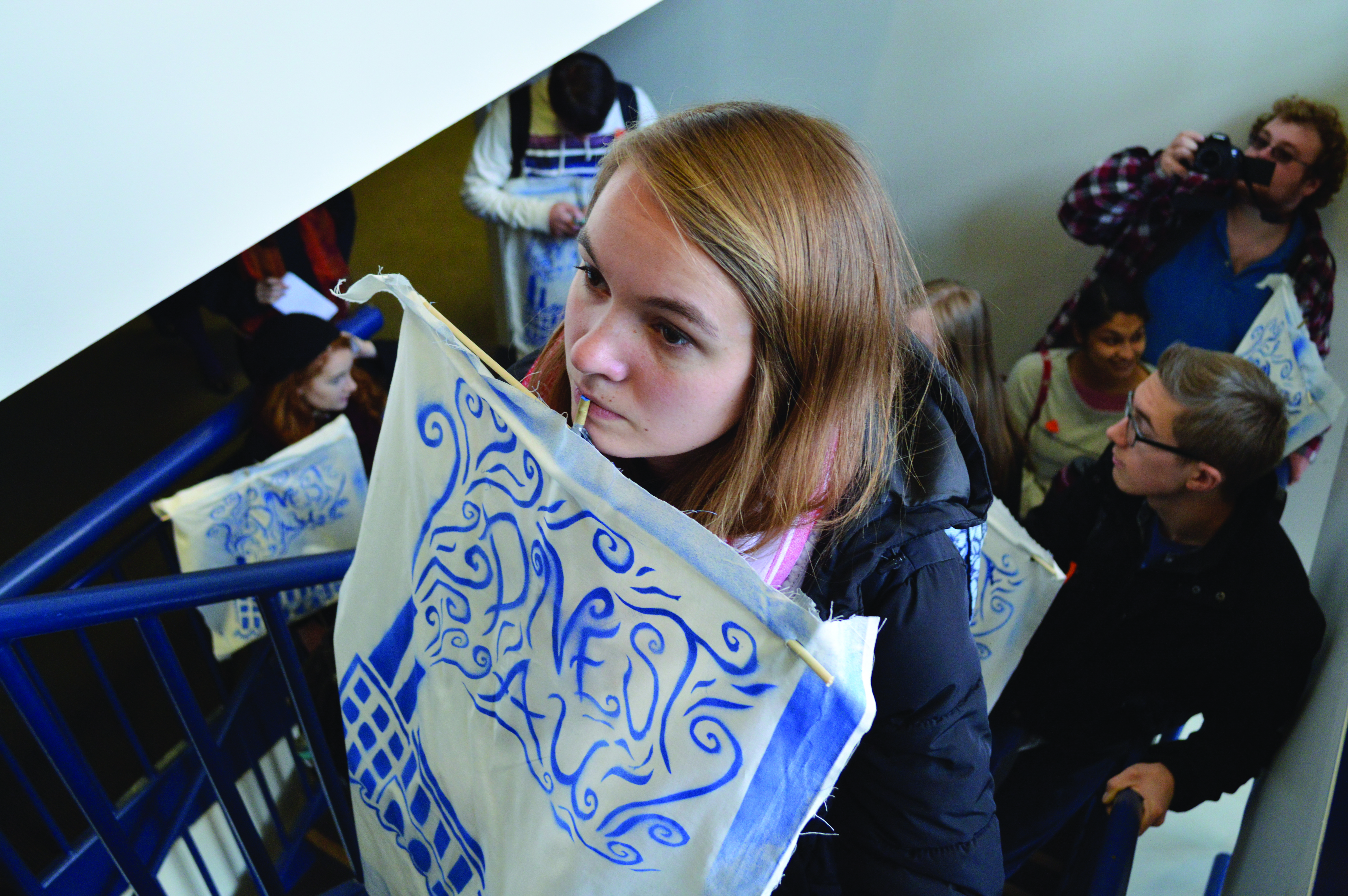 Student effort to move AU away from fossil fuel investments began in 2013 with an SG referendum that passed with 79 percent support.

One of the largest movements of student support was Fossil Free AU. In the week leading up to the vote, Fossil Free AU gathered almost every day to show their support for the cause.

On Nov. 17, an estimated 100 students gathered in the rain on the quad to show the Board their dedication to the issue they consider to be one of the most important of their generation.

“For a lot of us divestment is working towards the larger vision for climate justice,” Steph Pettit, a senior in the School of International Service, said following the Nov. 17 rally. “It’s a step towards how the world should be.”

An uproar of disappointment erupted following the end of Sine and Kerwin’s announcement with at least 50 students immediately jumping to their feet to speak and protest the decision.

“It seems to me and a lot of other students in this room that the administration is siding with the fossil fuel industry and not with your students,” Deirdre Shelly, a member of Fossil Free AU and a senior in the School of International Service said.

Shelly’s comments were followed by around thirty minutes of personal stories from students impacted by the fossil fuel industry.

One such story was that of Emily Dalgo, a sophomore in the School of International Service, who grew up in a town affected by the 2010 BP oil spill. 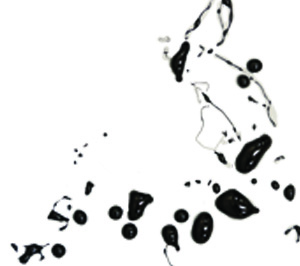 “I will never forget the images of my home on the gulf coast covered in oil, closed signs decorated on shops that had been open for generations,” she said. “To think, no to know that AU is funding these kind of industries makes me sick.”

Dalgo feels that the University’s failure to divest from fossil fuel investments is directly contributing to the destruction she and others face at the hands of the fossil fuel industry.

“AU is profiting from climate change and the destruction of homes,” she said. “[The Board’s] decision makes me embarrassed to call AU home.”