Car accident in Ward Circle sends one to the hospital

Approximately nine police cars, two fire trucks, one ambulance and one police van were on the scene.

A 22-year-old female was taken away in an ambulance. She is “awake and alert” as of 2:30 a.m., according to a emergency medical technician report from a police scanner.

An eyewitness on the scene, Dylan Vanek, a junior in Kogod School of Business, said the driver hit a curb and the car flew 10 to 15 feet into the air before coming down in “a very steep angle.”

Vanek said the car was going toward Maryland on Massachusetts Avenue, and instead of turning at the circle, the car kept going straight and hit a curb. 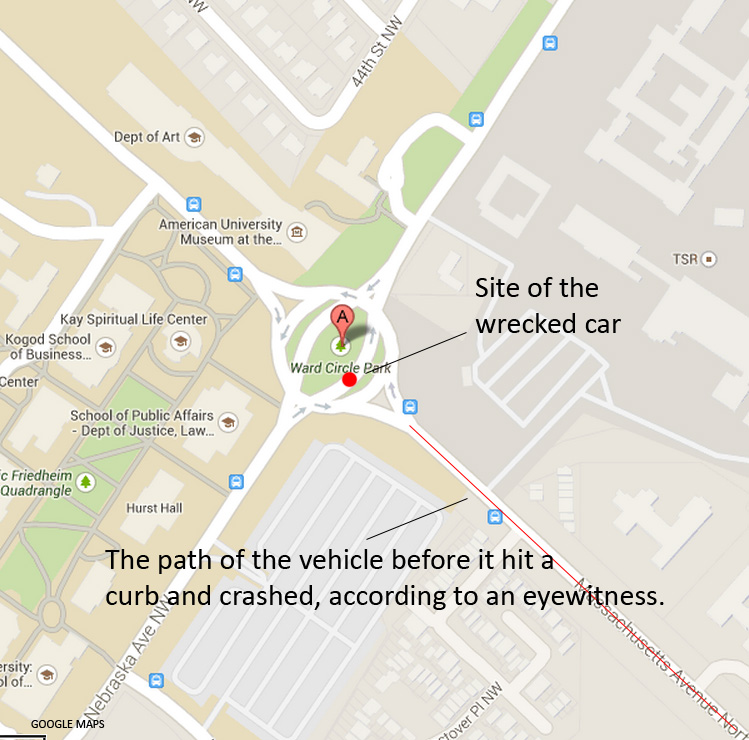 Student email accounts to transition to outlook starting next week