Liverpool artist Dan Croll lit up a grungy Rock and Roll Hotel with his sunny, polyrhythmic melodies April 21, proving the iconic English town has a lot more to offer than just the Fab Four.

Croll’s Simon and Garfunkel-meets-hip-hop sound burst on to the music scene when his 2012 aptly-titled single “From Nowhere” soared to the top of BBC and U.K. Charts. On his first extensive American tour, Croll hoped to ride this wave in support of his first full-length album “Sweet Disarray,” released by Turn First Records in March.

His cranial take on pop attracted an amusing audience of excitable high school teens who crowded the stage and Pabst Blue Ribbon-sipping young professionals who mingled in the back. Both groups enjoyed a polished set from openers Panama Wedding, whose island-inspired alternative pop drifted far from their New York origins. Keyboardist Lauren Zettler brought a kinetic intensity to the band’s solid single, “All of the People,” banging on plastic drums that coaxed the crowd to bob and sway to the beat.

Yet teen fangirls and boys grew anxious as they awaited their bespectacled British hero, who came on stage promptly at 9:30. Backed up by a keyboard/synthesizer, drums, bass and rhythm guitar, Croll opened up with the infectious “Thinkin Aboutchu” (not to be confused with the Frank Ocean number) with a nervous energy, singing in Auto-Tune over shimmering electronic chords. Next followed his personal favorite “Compliment Your Soul,” a bright, earnest love song featured in the FIFA 2014 video game soundtrack (perhaps explaining the legion of teen fans).

By the middle of the set, Croll had loosened up and revealed his funkier influences. “Wanna Know” showed off Croll’s impressive falsetto, punching the pulsing “ahhs” of the chorus. Later he slowed and stripped down “Can You Hear Me” to a groovy bassline that highlighted the band’s tight harmonies and jazzy arrangements.

The sleeper hit of the night was “Always Like This.” Tambourine in hand, Croll delighted with buoyant chords and jungle-like beats that burst into one last joyous dance session as the set wound down.

Croll ended the night with the stunning folk ballad “Sweet Disarray,” a poignant Mumford-esque arrangement with four-part harmonies and skillful guitar picking. Flashing big smiles, Croll was clearly humbled by the positive reaction to his music and profusely thanked the audience in his charismatically British way.

It’s this sweet and genuine love for music that has already earned Croll a rabid fan base in the U.S. Charming and appreciative, he spoke to every fan who lined up at the merchandise table, snapping pictures and chatting about everything from music inspirations to hair styling tips.

If his Washington show is any indication, Croll should make a big splash across the pond this year: the 23-year-old’s future seems as bright as his music.

Bruce Springsteen releases new material after decades out of the spotlight 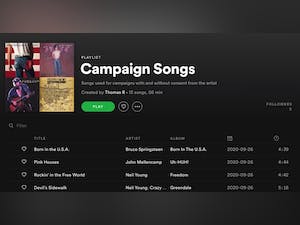 The 2020 election brings to light musicians’ struggles against political campaigns 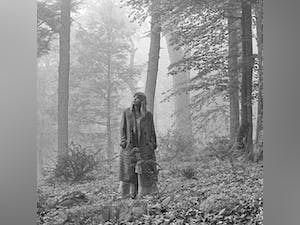