Lorde- Pure Heroine
Lord, oh Lorde! There’s something amazing happening in New Zealand, and I’m determined to find out exactly what it is. Lorde, the moniker for 16-year-old Ella Yelich-O’Connor, had me worked up all summer long, but this album was totally worth the wait. “Pure Heroine” shimmers in infectiously catchy pop music galore, but it’s also dark and edgy at the same time. It’s the kind of album that will have everyone dancing around in circles for hours, and then crying as soon as they’re alone in their bedrooms. The album dives in with the synthesized single “Tennis Court,” followed by “400 Lux” and the beloved breakout ballad, “Royals.” Though the tone of Lorde’s voice drags on the drearier side, it rings with sweet conviction. And while the lyrics are simple, they convey the complexities of the average teenager struggling to transition into adulthood. Lorde cries out about violence in the media on “Glory And Gore” and whines about her “all work and no play” lifestyle on “Still Sane.” The closing track “A World Alone” seals the album with a gentle pulse accompanied by a profound message about dealing with judgements from two-faced friends, haters on the Internet and the critical world at large. “Let ‘em talk, ‘cause we’re dancing in this world alone,” she sings with optimism. Lorde is the definition of alt, and that’s why I like her so much. For a teenager, she seems more mature than most of her competitors in the music industry. “Pure Heroine” beats the odds.
RIYL: Kimbra, London Grammar, Lana Del Rey, Yuna – Sydney Gore

Danny Brown- Old
Detroit rapper Danny Brown might be one of most interesting new names in hip-hop music at the moment and his new album titled “Old” spans as many psychedelic musical styles as the gap between Brown’s two front teeth. Separated into “Side A” and Side B,” this album finds Brown’s music divided into two separate categories. The first half inspired by smoother instrumentals on tracks like “Gremlins,” “The Return” and “25 Bucks” featuring sultry vocals from Purity Ring and the second half which is nothing but trap and EDM inspired bangers. Brown has an interesting flow that can operate on many levels from deep low key flows to high falsetto pitched insanity. Brown lyrics can feel like they were delivered in a drug fueled haze as he moves into brash vocals on “Smokin & Drinkin” and “Kush Coma” with A$AP Rocky and Zelooperz. “Old” finds a recursive stride between the first and second halves. Brown laments about people wanting the old Danny Brown on “The Return.” He eventually ends on a contemplative note as “Float On” fades out. There are some odd tracks here and there like “Wonderbread,” that finds Brown in a run in with homeless men who want his bread. Brown may have lost his bread, but there’s plenty of tracks on “Old” that are a wonder to listen to.
RIYL: Pusha T, Schoolboy Q, Killer Mike, Cypress Hill – David Kahen-Kashi

HAIM- Days Are Gone
After numerous festival appearances and an EP or two, HAIM has finally released their highly anticipated debut album and it does not disappoint. From R&B-inspired rhythms on “My Song 5” to bouncy guitar riffs on “The Wire,” the Haim sisters – all multi-instrumentalists – experiment with harmonies and styles, resulting in a record that is not only seamless in its production but also musically satisfying. This album can be easily played from start to finish without skipping over songs. The tracklist flows smoothly, starting with “Falling” – an anthem of driving percussions and an echoed hook – and finishing off with “Running If You Call My Name” as a fond farewell. The tracks in-between vary with pace and theme; “Honey & I” is sweet and soothes like a summer breeze while “Days Are Gone” moves and grooves with the sisters using breathy head voices and a steady drumbeat that makes it impossible not to dance and sing along. The Haim sisters have done a stellar job with their debut album, solidifying their status as talented and creative musicians.
RIYL: Kitten, Peace, Swim Deep – Teta Alim

Justin Timberlake – The 20/20 Experience – 2 of 2
With the second half of his year-long pop music takeover, Timberlake has delivered an album of 12 tracks that span a wide spectrum of styles and emotions, from animalistic desires to lovestruck devotion. This sequel to the year’s best-selling album strips away much of the romance and throwback smoothness of instant classics like “Mirrors” and “Pusher Love Girl” in favor of a more sinister aesthetic. At times, this tendency towards danger falls short: the absurd “True Blood” mimics Michael Jackson’s “Thriller” to laughable effect. The album also flirts with tedium, exacerbated by several songs that stretch to an unwieldy ten minutes for no visible artistic reason. But Timberlake and his producer Timbaland haven’t delivered a total dud. Singles “Take Back the Night” and “TKO” pulsate with reverence for the past and awareness of the present, while the gorgeous romantic ballad “You Got It On” would have fit right in on the first half of “The 20/20 Experience.” Guitars also play a larger role than in the first set, providing an enjoyable homegrown angst on “Drink You Away.”Jay-Z’s cameo on “Murder” is even less impressive than his amiable guest spot on “Suit & Tie,” but Drake provides a nice burst of energy on the slinky “Cabaret.” And the album concludes with Timberlake telling us it’s “Not a Bad Thing” to fall in love with him. It’s okay, Justin – much of America already has.
RIYL: Prince, Michael Jackson, Frank Sinatra – Mark Lieberman

Check out The Scene’s batch of recommendations in the Album Reviews Brew every Thursday. 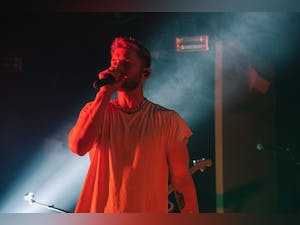 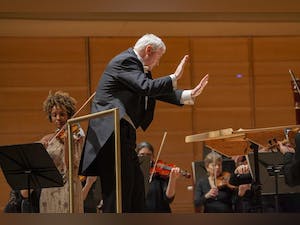