Born in Ashland, Oregon, Forrest Kline spent most of his early life amidst the sunny weather of California, whose discernible influence can be heard in Hellogoodbye’s earlier yearning carefree days. Since then, they’ve toured with 3OH3!, released a cadre of covers from The Beatles to the Beach Boys, produced three studio albums and are about to go on tour again with Paramore and Metric.

The Eagle’s David Kahen-Kashi chatted with Kline about writing the new album “Everything Is Debatable” and the origins of the band.

David Kahen-Kashi: What were the origins of the band and what was the significance behind the name Hellogoodbye?
Forrest Kline: I started the band in high school when I was a senior. Basically it started out as kind of a recording project. Just songs played with friends and then got a computer and kind of realize that I could do everything on a computer and have been just doing that. And made like songs to play at shows and got friends together to play those songs. We started playing some shows in Orange County and stuff. The name was basically just the idea of things in your life that are coming and going quickly. Just the nature of things.

DKK: “Everything is Debatable” is kind of a continuation of the sound in “Would it Kill You?” What was the writing process between both albums and signing to the new record label, Old Friends Records?
FK: Well, with “Would it Kill You?” I had just build this studio, before that I had been recording on a laptop in a bedroom, and then I built a studio and started using different programs on a different operating system and changed up the whole thing. [I] got a bunch of instruments and microphones and actually… had the capability of recording … you’re supposed to, where before I was kind of doing whatever I could. I was kind of learning that process and getting used to it and for this record it was a continuation of that, but I wasn’t starting from the ground up, which was nice. I felt like I was expanding upon more so than throwing everything out.

DKK: What was the decision to change your sound so much from your first album “Zombies! Aliens! Dinosaurs! Vampires!” and more toward a much fuller instrumental sound?
FK: Like I said, came from getting out of the laptop, where I could only sequence things, that I could only multitrack little simple things, but I didn’t have the means at all to record a full band of any kind. Most of it I think was less a decision, but circumstance in a lot of ways. It was almost like a natural growth. It’s been three and a half years between the two. And even songs on that first record were so old before then. They were a year or two, they were three years old at least before that record came out, but they were you know an nebula of an idea. So a lot of time it’s that and I spent a lot of time thinking.

DKK: Were there any musical influences that you went into this record hoping it would sound like?
FK: Yeah, I always listen to a lot of The Beatles, Beach Boys, oldies and then recently I’ve been getting into more Flaming Lips. A little wilder stuff, so I wanted to kind of do a little bit more. A bit more exciting kind of stuff.

DKK: So how have your fans reacted to the new sound?
FK: The reaction is really good. It’s cool. I’ve always kind of tried to follow my own whims. It’s lovely when people are riding that same whim with you. That seems to be the case for most people. But it’s good.

DKK: What’s the future looking like for Hellogoodbye? You’re pretty much charting a new course with this record.
FK: I could never say what the future is gonna hold. I want to continue to push my own boundaries and limits as much as I can and stay excited about all this stuff. But it feels good right now. So cross my fingers.

See Hellogoodbye perform with Paramore and Metric at the Patriot Center on Nov. 9. Tickets are on sale now. 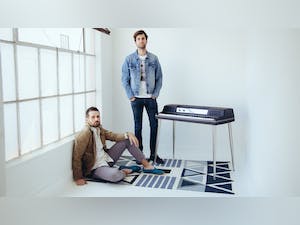 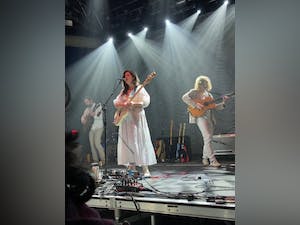 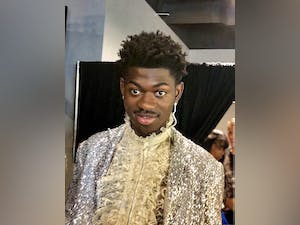 REVIEW: Lil Nas X comes to terms with success and identity on ‘MONTERO’

District of Cinema: Conversations with filmmakers of the Native Cinema Showcase