As this year's Black History Month comes to a close, with it ends the teaching in our public schools of anything to do with black Americans, with the exception of slavery, until next February. Why? Because many teachers and school boards see it as the time in which they are to teach the history of black Americans. In doing so, the perception of blacks in America as having their own, separate history in the United States is created and nurtured.

Of course, blacks aren't the only minority in the United States with a government-designated time to celebrate their history. In fact, now it seems every minority has a month to promote its individual race's accomplishments in the United States. Asian/Pacific Islander American Heritage Month is celebrated in May, and September 15 to October 15 is observed as Hispanic Heritage Month. Now I ask you, why are the achievements of Martin Luther King Jr. and Cesar Chavez remembered as the history of their respected races and not as simply American history? Can you imagine the reaction if the actions and accomplishments of George Washington and Franklin Roosevelt were labeled as white history? It wouldn't be pretty, but please don't mistake me, I'm far from advocating such an action.

But the problem is that what occurs is a sort of division of history, with every American racial group claiming exclusive rights to the history of its race in America. This is very dangerous and only promotes race consciousness. What should be promoted is the idea (and truth as far as I'm concerned) of one history. Essentially, if it took place in America or by an American, regardless of race, it is American history, no ifs, ands or buts.

All that is being accomplished is categorizing the feats of minority Americans into special categories, as if their actions weren't good enough to simply be called American history. And this is problematic. Now please do not call me prejudiced or a bigot, because I am not. All I ask is that you reflect on whether these history labels are really the best way to honor the accomplishments of Americans of a racial minority. Rather than elementary, middle and high school students learning about George Washington Carver's inventions in a special "Black History" lesson, as I did, why don't we educate them as if it were "merely" American history? Not such a radical idea as far as I'm concerned.

Don't get me wrong, I believe the idea of minority history months is well intentioned and that we should include great Americans in the history of our nation, regardless of race. But it is nevertheless racism. No, I'm not saying that it's promoting the idea that one race is better than the other. I'm talking about racism in the sense that the policy is classifying race, it's instilling the idea that there is a genuine difference between the races. We are teaching our schoolkids that if you're black, this is your history, and if you're not black, it's not your history. It's the old "Us vs. Them," which I believe we can all agree is not beneficial.

Race is a tender and fragile issue today in America, and it need not be. We should embrace each race's different experiences in our history, but realize that every American, regardless of race, is affected by those experiences. Great Americans should not be confined to one race, but shared and realized that they are a product of one nation. There is a common history in America, and it should be recognized and not marginalized for the sake of the man-made idea of race.

Alex Bruce is a freshman in the School of International Service. 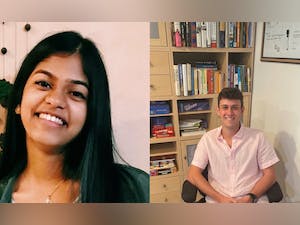