Who are your NBA tip-off favorites?

The leaves are falling once again, and you know what that means - the NBA season is upon us. The biggest stories of the off-season were Kobe Bryant's impending rape trial, the arrival of 18-year-old NBA savior LeBron James and the Los Angeles Lakers' signing of Karl Malone and Gary Payton. Where does it all leave us this season?

Even with Kenyon Martin's opening-night injury, New Jersey is the team to beat. The addition of Alonzo Mourning up front to compliment Jason Kidd and Richard Jefferson gives the Nets the best chance of an NBA Championship.

The Orlando Magic has something to prove after blowing their first-round series against Detroit last year. Tracy McGrady is a full-fledged superstar, and Drew Gooden is on his way to becoming one.

The Boston Celtics traded their second best player, Antoine Walker, and so must rely heavily on Paul Pierce this year. Solid role players abound, but someone needs to step in as a scorer because Pierce will break.

Finally, the Philadelphia 76ers at last found a scorer, Glenn Robinson, to compliment Allen Iverson, but are too thin on the bench to compete with the rest of the league.

Our hometown Washington Wizards made the steal of the summer, signing point guard Gilbert Arenas. Jerry Stackhouse's health is the key to Washington's season, though.

Miami Heat's three best players all play the same position, which is generally a recipe for trouble.

The New York Knicks somehow do not have size, speed or shooting. Plus, they have three former Georgetown players. Georgetown sucks!

With Isaiah Thomas mercifully gone as coach, the Indiana Pacers finally has a chance to play up to their potential. Ron Artest and Jermaine O'Neal will carry the Pacers to the best record in the East.

The Detroit Pistons may have made the mistake of the century in picking Darko Milicic over Carmelo Anthony in the draft this past June. The Pistons are still a team built for the regular season. Expect another 50 wins and an early playoff exit.

Look for the New Orleans Hornets to make a second-half run when Jamal Mashburn returns from injury.

The Toronto Raptors is still a one-man team, and Vince Carter is ready for a comeback year.

Even with the addition of LeBron James, the Cleveland Cavaliers can't be expected to win more than 30 games this year.

The Chicago Bulls brought back Scottie Pippen to lead a group of young players. This is a curious move, to say the least.

The Atlanta Hawks has a respectable frontcourt, but no ball-handlers.

The Dallas Mavericks has an impressive and talented roster, but also has a reputation as a soft team, and the acquisition of Antoine Walker will do nothing to change that. The burden is on the Mavericks to prove they can beat the top teams in the league.

Last season's victory over the Lakers, and subsequent NBA title, shut up the critics of the San Antonio Spurs. However, two starters from last year's team have departed, and two more begin the season injured. It will take a Herculean effort from Tim Duncan for the Spurs to repeat.

The Minnesota Timberwolves finally gave Kevin Garnett a supporting cast, in the form of Latrell Sprewell, Sam Cassell and Michael Olowokandi. The Timberwolves' success will be measured strictly by how they do in the first round of the playoffs.

The Houston Rockets are a talented squad that could surprise some people. The key will be the ability of Yao Ming and Steve Francis to play cohesively.

The Denver Nuggets has Carmelo Anthony, Andre Miller and not much else. They're probably one more lottery player away from being a playoff contender.

The Memphis Grizzlies is a team full of role-players, with no star or leader. Pau Gasol is a very good player, but not NBA elite caliber.

Those years of the Utah Jazz never grabbing a complimentary third star are coming back to bite them in the rear. They have no rings to show for their run, and a hollow roster with Stockton and Malone gone.

With the addition of Karl Malone and Gary Payton, anything less than an NBA Championship for the Los Angeles Lakers would be a severe disappointment. With or without Kobe Bryant, the Lakers have the best starting five in the league. Look for Payton to step up and be the glue that holds the Lakers together.

Chris Webber's injury blew the Sacramento Kings' big chance last year. I wouldn't count them out, but they clearly lost ground to LA, Dallas and Minnesota over the summer.

The Phoenix Suns has compiled a talented but volatile team, led by 20-year-old Amare Stoudemire. Even if firing on all cylinders, it's tough to imagine the Suns reaching the second round of the playoffs this season.

The Portland Trailblazers window of opportunity for a championship is long gone. At this point, trading Rasheed Wallace would be mutually beneficial.

Golden State Warriors may have the league's thinnest roster. Look for Nick Van Exel to demand a trade by January. 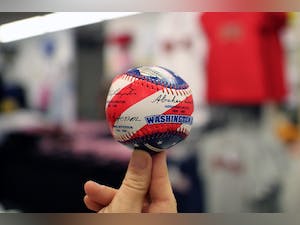 Analysis: What does the MLB lockout mean for the future of MLB?