Two years after the 9-11 terrorist attacks, life for Muslims living in the United States has changed drastically, said Akbar Ahmed, an international relations and Islamic studies professor at AU and author of the recently released, "Islam Under Siege: Living Dangerously in a Post-Honor World."

"The Muslim community feels under pressure, under threat, and is being targeted for racial profiling," Ahmed said.

Professor Abdul Karim Bangura, a research resident at the Center for Global Peace, claimed to have seen "a lot of harassment from John Ashcroft's fold, law enforcement, airport security [and] politicians who want to capitalize on the fears of many Americans about what happened on 9-11."

Not all changes have been for the worse, however.

The spotlight that has been put on the Muslim religion and community in the past two years has given Muslims a chance to showcase their culture and dispel negative myths about their religion.

"This is a great opportunity for the Muslim leaders in America to move forward and create bridges of understanding," Ahmed said. The Muslim community "has changed dramatically from a small minority living in the United States to a small minority that is under the microscope."

"More than 86 percent of Americans had never heard of Muslim or Islam before 9-11," said Soliman. "They thought that Muslims were [the same thing as] Mormons."

In the time after 9-11, there has been a great increase of interest in the Muslim community, with its religious practices and customs being widely discussed and debated in the media, Ahmed said.

"It's a very critical time in relations between Muslims and non-Muslims. This interaction can result [in] something positive," he said. However, he added that the opportunity will only come to fruition if mainstream American leadership works with the Muslim community.

"It has to be a two-way relationship," Ahmed said.

Along with the increased opportunities for the Muslim community have come increased troubles. Many Muslims have been singled out due to their religion, from increased hate crimes to racial profiling in airports, said Ahmed. Ahmed cited one story of an AU Muslim student who lost an entire term because he could not get his student visa renewed. Many other students that Ahmed has talked to don't want to study in America anymore because of all the hassles they have to go through, he said.

"There are clearly subtle forms of intimidation," said Mustapha Pasha, associate professor of international relations in the School of International Service. "You have to deal with a day to day process of exclusion because you happen to be Muslim."

One reason for discrimination may be due to fear.

"The polls have shown that something like 60 percent of Americans have expressed a deep apprehension of Islam," Ahmed said. "They say 'Islam is a religion of violence.'"

In reality, Ahmed said, the 9-11 terrorists attacks caused a great deal of hurt in the Muslim community. Hundreds of Muslims were killed in the attacks on the Twin Towers, Ahmed said. In the days following the attacks, Ahmed estimates that about 95 percent of the Muslim world had a deep sense of sympathy for America. Today however, Ahmed says that number has dwindled down to only about 5 percent. "It is almost reversed," said Ahmed. "They are not fighting a war on terror they are fighting a war against Islam."

In response to the American reaction to the 9-11 terrorist attacks more Muslims are becoming religious.

"Mosques are more crowded than before, [and] more women are covering their hair with the hijab," Soliman said.

Some also noticed that more Americans are becoming Muslim or returning to Islam.

"We have had more American Muslims, I've noticed, in the past year and a half," said Tahir Jamil , vice president of the MSA and a New Jersey native. "When I was a freshman I was probably the only American Muslim in the whole crowd, and now there are a few more here and there ... I think we're trying also to grab all the Muslims who maybe don't practice or who are unsure about their religion, we're trying to bring them in and show them that there's a big community and we accept everyone, no matter what they think their faith may be."

Still, others have not felt the effects of 9-11 as dramatically.

"For me there [hasn't been] that big of a change, but I know that for immigration ... it's not that easy, because I know with the visa they're strict," said Marwan Bagdadi, president of the Muslim Student Association. "That's the big thing that's annoying me and everybody. But for the people there's not that big change."

Most agreed that the negative effects of 9-11 were felt to a lesser extent on AU's campus.

"The campus did a really good job in providing all possible help," said senior Wael Qassim, treasurer of the MSA.

Others noticed some hostility.

"Other than a few curse words here or there ... I never saw violence," Bangura said, adding that there were "shouting matches in the front of Mary Graydon Center ... [but] it didn't get to the point where anybody was throwing a blow ... American University has a long history of protecting their students," said Bangura. "[But] other campuses had fights, Muslim students were beaten up very badly" 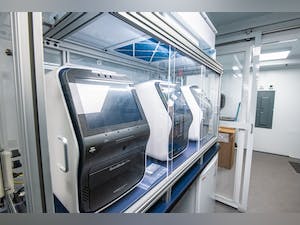 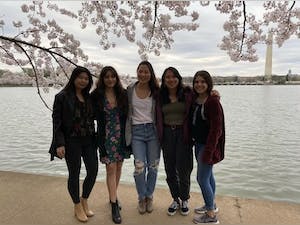