It is wonderful coming back to school in the fall, seeing all these new faces of new freshmen students, especially when you are a senior and know that it's just about time for you to leave, so that these new wonderful freshmen can take over.

By the return of many old students, we have discovered that AU has introduced new rules and regulations that are sometimes strange, but that's what happens almost every semester. One of these rules bans smoking in and around the dorms.

For starters, I am a non-smoker, and have no intentions of being one. However, this new rule might seem a little bit too much. The new rule is banning the sale of cigarettes in addition to smoking them on the steps of and in the dorms in a step to becoming a smoke-free campus. A lot might wonder, that since I am a non-smoker, why is it that I am bothered with this new rule? I have a lot of friends who do smoke, and who live in the dorms, and who are not able to get their cars to campus either because they are freshmen or because AU's parking fees for full time students are a little bit expensive for a lot of students.

People who smoke cigarettes are addicted to them; a lot of them wish to stop today before tomorrow, but in the mean time, if they stop or were not able to smoke for a certain amount of time, they might have headaches, migraines and other symptoms that will make them do whatever it takes to get a cigarette. What if it is after dark, and you want to buy a new pack of cigarettes? The answer will be "Cigarettes are banned on campus, you should buy new ones from other sources." Perfect. So you will go out and try to find yourself a store that is open late and try to buy a pack of cigarettes, basically leaving campus. By leaving campus at a late hour, what are the things or the dangers that you might bump into during that time of the night? They include many things, such as being robbed.

In the United States, banning smoking is a great step, but the government was so balanced in the way it banned it. No smoking in buildings, no smoking on airplanes, and no smoking in airports, unless you go outside and smoke. Why can't AU adopt a similar policy or keep the policy that you cannot smoke inside of buildings, or dorms, but smoke outside if you need to do so? In my opinion that would be just for all of us; smokers in not having the hassle to step off campus in order to buy cigarettes and search for a store that will sell them, and for non-smokers, the advantage of not being in a confined space with smokers who are smoking at that certain time.

These kinds of decisions should not be made like that, just out of the blue; such decisions are supposed to go through most of the student organizations, confederations and groups that are on campus. A lot of steps should be considered, such as defining what is the larger percentage of students, the smoking or the non-smoking students? How would the students react to this kind of decision?

In my opinion this decision was so sudden and too big of a step that was supposed to be made in smaller simple steps. AU could have banned the sale of cigarettes slowly in certain places on campus for, say, this semester; then the following semester, it can be banned at another place. The same thing can go for the dormitories. AU could also have kept smoking and non-smoking floors, exactly the same as the policy that a lot of hotels and lodges use.

I do love AU, and especially the Kogod School of Business, but at the same time, I think that AU should slow down and listen to students' opinions about how they feel.

Opinion: AUx2 misses the mark, but it’s not just the University’s fault 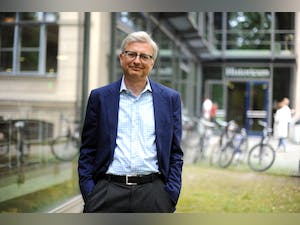