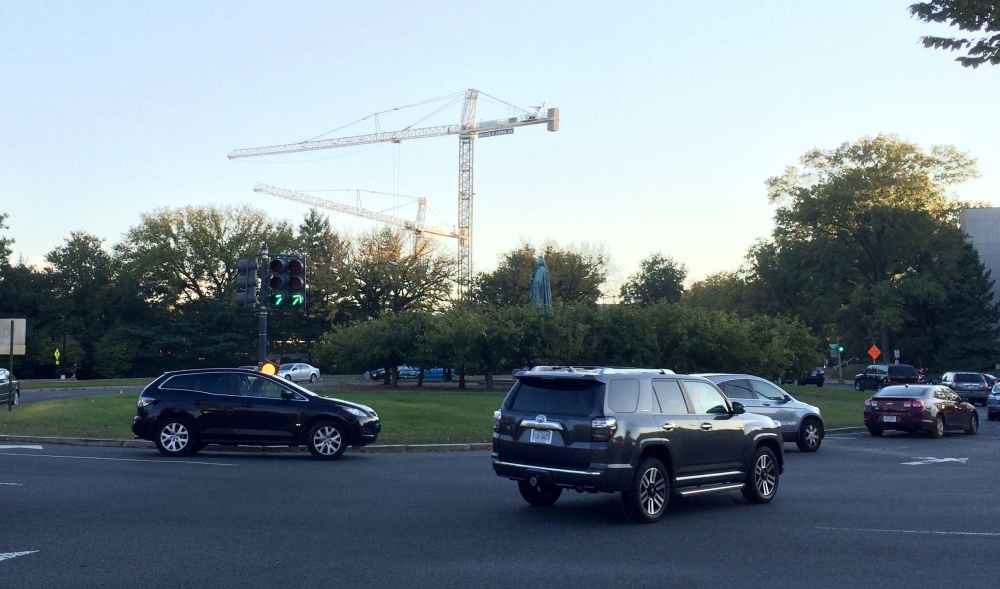 The D.C. Zoning Commission has approved Saturday construction days at the AU East Campus site, a request the University made to try and make up time lost because of bad weather.

The commission voted 5-0 Monday night in favor of a work hours extension that will allow general contractor Skanska to work Saturdays from 8 a.m. to 4 p.m., in addition to its current 7 a.m. to 7 p.m. weekday schedule. In its application to the commission, AU wrote 33 workdays have already been impacted due to rain from April through August.

"The Zoning Commission's decision last night, we believe, will not only benefit AU by helping us to deliver the project on time, but also the larger community by finishing construction as soon as possible,” David Dower, AU’s assistant vice president of planning and project management, wrote in an email to District Wire.

In approving Saturday workdays, the commission went against the wishes of the Spring Valley Advisory Neighborhood Commission and 54 neighbors at the adjacent Westover Place townhouse complex, who filled out petitions in opposition. Their concerns centered around increased disruption from the construction site.

Zoning Commission members largely didn’t take issue with the proposal. Some commissioners, however, didn’t pass up the opportunity to jab AU for what they said has been a lack of community engagement on their part.

“I’m OK with going ahead with this, but this is the last time. If we get another community group saying ‘American University is not talking to us,’ I will not approve this next time,” Zoning Commissioner Michael Turnbull said. “Other universities are talking to their neighborhoods, and we don't get quite the stress that we’re getting with AU.”

For the University, completing the three planned residence halls — holding 590 beds in total — at East Campus in time for next fall is of great importance. Under the conditions approved in its 2011 campus plan, the University is required to house 67 percent of its full-time undergraduate students on campus beginning in fall 2016.

The University hopes to finish the facade of the residential buildings by February and then begin interior work.