AU student hospitalized in alleged assault by three other students

Milain Fayulu, Anthony Abdelnour and Miguel Lama were arrested on April 11 for assaulting AU student Alex Louden on New Mexico Ave. on April 7, according to public records on the D.C. superior court’s website. All three have been released from police custody.

AU Dean of Students Robert Hradsky could not comment on whether any of the alleged assailants were currently suspended from AU. Fayulu, Abdelnour and Lama also face a disciplinary hearing with AU on April 24, according to Louden. Louden will present a statement at the hearing about the event, he said.

The three men allegedly attempted to run Louden over with a car as he passed the Nebraska parking lot while walking home after class. They exited the car and yelled at Louden, who said he yelled back and then left, continuing to walk down New Mexico Ave., away from campus.

The car then appeared to drive in the opposite direction, but abruptly turned to follow Louden, he said. The three assailants then exited the car and kicked him in the head 20 to 30 times, according to the incident report obtained from the Metropolitan Police Department.

“They spat in my face. They were yelling, ‘We’re gonna kill you, you [anti-gay slur]. You f***ing bitch, you’re dead…We’ll put you in the hospital. We’ll f***ing kill you.’ Just stuff like that, the whole time,” Louden said.

After giving the police a statement, Louden was taken to the trauma center at Suburban Hospital. Louden sustained multiple injuries, including a severe concussion, a spinal sprain and temporary unconsciousness during the attack, he said. He was later diagnosed at the Student Health Center with a severe closed-head injury and stress-related anxieties stemming from the attack.

Louden was able to return to class on April 17. He said that though he is healing, the physical and mental effects of the attack have been disruptive.

Louden previously knew Fayulu and Abdelnour because they and other people associated with EI had attempted to recruit Louden to the group during the fall of his freshman year, he said. Louden eventually told the group he had decided not to join, after which point he would occasionally be harassed by members.

Specifically, Abdelnour would openly insult him on campus.

Louden mentioned an incident, which was not mentioned in the emails, involving a different member of EI his freshman year.

“I was assaulted in TDR by a member of EI who shoved me up against the wall. Kind of showing me how tough he was, I guess,” Louden said.

He has previously reported none of these events to the University.

Louden said he hoped Fayulu, Abdelnour and Lama would be disciplined to the full extent possible. He added that EI members, like Fayulu and Abdelnour, often feel like they are immune from discipline because the University has no official jurisdiction over EI as a student group.

“They think they can get away with anything, and that’s really what angers me the most,” Louden said.

Hradsky said the assault is unprecedented in his experience at AU.

“I am not aware of any similar kinds of situations that have occurred, certainly throughout my time here,” he said.

Hradsky added that no similar events have been brought to him that would have warranted action by the University.

The event is not a threat to the AU community, according to Vice President of University Communications, Camille Lepre.

“DPS, working with MPD, quickly determined this was an isolated incident and there was no ongoing threat to the community. Therefore, no alert was issued,” Lepre said.

Fayulu and Abdelnour also appear in the recently leaked emails concerning the activities of the unrecognized student group, Episilon Iota. The emails, released April 17, include language that is negative towards women, minorities and homosexuals, as well as mentions of events that may be classified as assault or sexual assault, The Eagle previously reported.

Hradsky said some of the events mentioned in the leaked emails may indicate that there have been events similar to this alleged assault in the past.

“There is a suggestion of some sort of altercation that occurred in TDR, between groups,” Hradsky said. “Unfortunately, that documentation doesn’t provide explicit details about who, when, what. But it would suggest that perhaps there’ve been other incidents.”

Specifically, this section of the correspondence mentions what may have been a fight between members of EI and members of a recognized AU fraternity, Alpha Epsilon Pi.

Fayulu is mentioned as having been involved.

“Milain you scared the living day lights out of those [anti-gay slur],” another member of the listserv said. 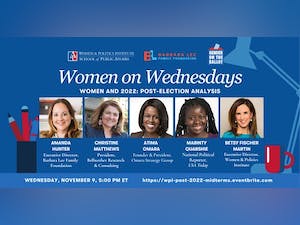 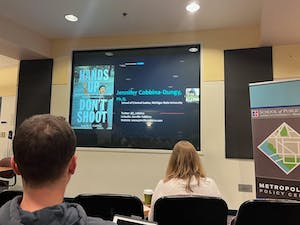